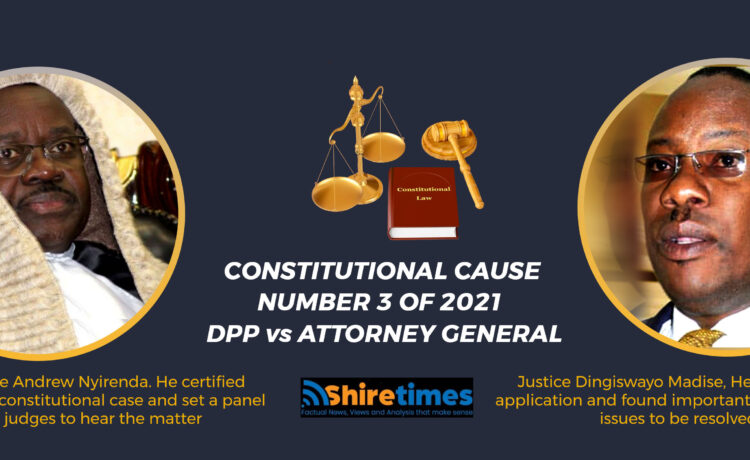 Malawi conducted its periodic Presidential Election (along other elections namely Parliamentary and Local Government) in May 2019. The outcome, which declared the then incumbent President Peter Mutharika, became impaired by a successful election petition that nullified the declared results. This particular election petition gave rise to a landmark court case in the country’s history.

Among the claims that were contained in this petition and turned out to be triangulated facts include that the Commission (and this entails the MEC Commissioner and MEC Chairperson), which was the country’s 6th MEC cohort, that handled the disputed 2019 Presidential Election were blatantly negligent and incompetent in their duty such that malicious irregularities annihilated fidelity, validity and acceptability of the declared outcome.

A series of demonstration demanding immediate resignation of the then MEC Chair and all Commissioners ensued in rhythm with the developments in the proceedings of the case. By the time the five-member panel that sat as a Constitutional Court panel passed its ruling on 3rd February 2020, the demonstrations heightened, but the Commissioners and their Chair maintained their defiance and stayed put until their contract tenure drifted to a natural end. As if that was not a sufficient insult to the demonstrators and the country’s democracy at large, when time came for the then caretaker President to institute a new MEC Commission, he chose to exhibit his unadulterated defiance by re-appointing two of the condemned Commissioners.

Further, the President picked the Electoral Commission Act, read its instructions on how he was supposed to appoint the Commissioners, and threw it in a rubbish bin and allowed his whims to prevail. Feeling untouched, he raped and violated the law on appointing the 7th cohort Commission by going against its provisions. The then opposition leaders helplessly protested this unlawful appointment of the Commission. The then President’s defiance prevailed and Court-sanctioned fresh Presidential Elections were conducted under the management of the faulty Commission. This defiant President is Peter Mutharika who was leading the then ruling DPP at the time.

The outcome of that fresh Presidential Election, which was held on 23rd June, ousted the defiant President together with his party and ushered in new leadership fronted by MCP’s Lazarus Chakwera.

In a move to challenge the defiance notes that Mutharika left behind, especially at MEC, the MCP filed a Court petition aimed at correcting the irregularity on composition of MEC in a case of Malawi Congress Party v The President of Malawi and Four Others, Judicial Review Cause Number 34 of 2020 . Now we must, at this point, bear in mind that MCP was rendered a victim of the Mutharika’s violation of the Electoral Commission Act, whereby instead of having three of its nominations appointed, only two were appointed while the four members came from DPP’s faulty nomination. Faulty because instead of nominating a maximum of three names as required by the Electoral Commission Act, the DPP nominated four names, all of which were appointed by the President, who happened to be the DPP leader.

The DPP commenced this case by way of Specially Endorsed Summons which were filed on 7th June, 2021. In the main, the DPP is challenging the constitution of the Seventh Cohort of the Electoral Commission which presided over the 23rd June, 2020 Fresh Presidential Election (FPE) and the subsequent bye-elections for the members of the National Assembly, arguing that this Commission was inquorate and therefore unconstitutional as it was contrary to the wording section 75 (1) of the Constitution which is couched in a way that there shall always be a minimum of 6 Commissioners.

It is important at this point to reproduce this provision and I hereby do:

Section 75(1) of the Constitution of Malawi reads: “There shall be an Electoral Commission which shall consist of a Chairman who shall be a Judge nominated in that behalf by the Judicial Service Commission and such other members, not being less than six, as may be appointed in accordance with an Act of Parliament”.

The DPP, therefore, seeks a declaratory order nullifying the Fresh Presidential Election and all subsequent bye-elections presided over by the impugned Commission, and an order for the reconstitution of the said Seventh Cohort of the Commission.

The DPP subsequently seeks an order for fresh elections to the office of the President and Vice President of the Republic of Malawi together with the members of the National Assembly that were elected through bye elections.

The main issues that are formed by this Application, as to be determined by the Court, are as follows:

The Defendant, who is the Attorney General, is opposing this proceeding through filing a Preliminary Application which sought to dismiss the proceeding on the ground of failure to comply with section 4 Civil Procedure (Suits by or against the Government or public officers) Act (the ‘Act’). The said provision is couched in the following manner: “No suit shall be instituted against the Government, or against any public officer until the expiration of three months next after notice in writing has been, in the case of the Government, delivered to or left at the office of the Attorney General, and in the case of a public officer, delivered to him or left at his office, stating the cause of action, the name, description and place of residence of the plaintiff and the relief which he claims.” It is the contention of the Defendant that the Claimant has not satisfied this provision.

In the meantime, we note that the submission of the Defendant raises the following issues to be determined by the Court:

As the case proceeds, and as permitted by the Court that the public can follow the proceedings LIVE as per broadcasting permission conferred upon Times Group so far, this forum shall synthesize these issues one by one at the rhythm of the proceedings so as to allow easy understanding and following by all interested members of the general public. This far, a scheduling conference for the case has been done.

When a case is brought before a Court, there has to be a clear roadmap outlining timeframes and other administrative aspects incidental to managing it. This set of administrative aspects that lay out a case roadmap is technically called a Schedule Order. A Court sitting that hosts the process of formulating a Schedule Order is known as a Scheduling Conference. It is, but one of the preliminary stages of a case cycle. In Malawi, Scheduling Conference is guided by Order 14(3) of the Courts (High Court (Civil Procedure) Rules, 2017.

This process is regarded important because, among other benefits, it expedites the disposition process since an agenda is set as well as assists in improving the quality of trial as it allows easy management and control of the case. This stage is what happened on the 14th September 2021, being a date that was set for that activity by the Five-member judges panel on 30th August following its being instituted by the Chief Justice Andrew Nyirenda.

DPP arriving at the beginning mark without one leg

At the Scheduling Conference, a drama was reported whereby the DPP brought fraudulent documents constituting its Application. Fraudulent in the sense that an individual who purportedly signed the Application is not a member of the legal team representing DPP in the matter. It was argued by the Defence that this may constitute a criminal act of forgery and the Claimant’s documents should be dismissed on that basis. The Court reasoned that the said error was not as fatal and could be cured. Therefore, the irregularity in the Applicant’s documents did not render the proceeding a nullity. A decision similar to this was also made by Justice Sikwese (as he was known then) in a 2016 case of AR TRADING COMPANY v ILLOVO SUGAR (MALAWI) LTD where she set aside a scheduling conference and Ordered Counsel on both sides, who committed an irregularity on their documents, to familiarize themselves, to learn, to know and to practice the Rule before the matter can be re-set down for scheduling conference.

The Panel Set To Hear The Case