Shire Times > Blog > Column > THE CONVICT – THOM MPINGANJIRA: THE MAN ABOUT BRIBES AND HIS WAIT FOR SENTENCING
ColumnJustice AffairsOpinionsPolitics 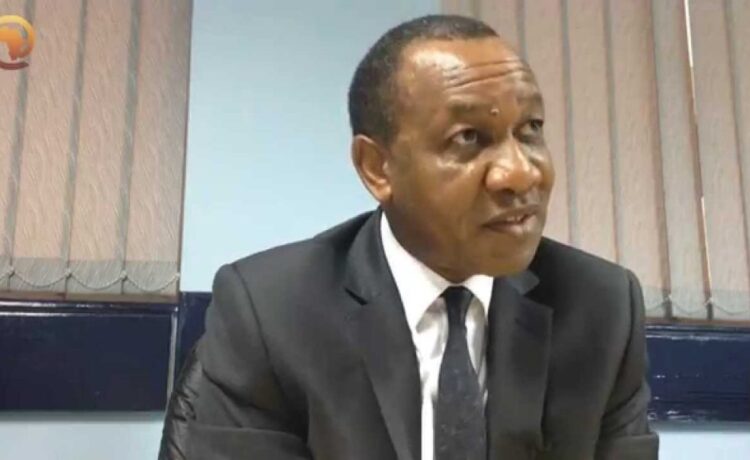 Last Friday, September the 10th, a very unusual and unfamiliar happenstance occurred to a very familiar man, a supposed paragon of virtue and temperance in entrepreneurial circles. Thom Mpinganjira, the billionaire, was tried and convicted of an attempt to bribe judges with a calculated end to solicit/pedal influence in a decision that the judges were to make back in 2020 pertaining to a Presidential Election Court case that was before them.

This case offered a rare, never before seen side of Mpinganjira: Perhaps the man was nothing close to what we all thought he was, and perhaps his rise to the top wasn’t all about grit as he had initially made us believe. By just considering the separate mitigation factors he raised upon the delivery of his guilty verdict, you can tell the man dreaded the consequences of his actions that lied await.

That Mpinganjira was unsure of his acquittal from these accusations was not hard to tell. From the very beginning, he tried all he could to avoid facing a public trial. Plea bargaining as a viable option was floated around. But the State rejected his proposition. Thus, it wasn’t his making to stand trial. If he could, he would have dodged this bit.

The State having denied his plea bargain request, he resorted to another futile option: he accused the presiding judge of soliciting money from him and further asked for her recusal from the case. Such a daring move if you ask. Of course, the judge refused to recuse herself from the case and Mpinganjira himself failed to prove his allegations before the court. With those failures, so it is that he entered defence and stood his trial.

His trial highlighted his overt acts that inspired the case. The State made its case as follows: Mpinganjira wanted the judges to rule in favour of the DPP, thus to see to it, he endeavoured to give the judges money, of which a certain sum, said to be K 100 million was packaged in a certain parcel ready to be delivered to any of the judges themselves. To this end, Mpinganjira sought the contacts of the presiding judge president, made phone calls to some judges on the panel indicating his willingness to hand over the money so as to procure a result. But since none of the judges were willing parties to the criminal enterprise, it eventually fell through. His adventure never saw the light of the day.

In his loose-fitted defence, he denied ever saying that there was a parcel but he was making an enquiry to establish whether the judges were receiving parcels from any of the particulars to the case. If you think that this response was dumb as a rock then you are certainly right. The thing is, since when do judges receive “parcels” from parties to a case and for what purpose? Again, it has to be applied that Mpinganjira, and/or any of his agents, was not a party to this case. What specific interest did he have that warranted the expenditure of his energy on such a task? You would have to suspend your faculties to take his blabbering for a fact.

Building on this premise, that he merely wanted to find out if the men of the bench were receiving parcels, he doubled down saying that even if there was money to be offered on his part, the same would never have been offered to procure an advantage. While this could be true, there are a number of reasons why this would be suspect. First, the timing was just off, why would anyone want to give money specifically to the judges hearings a very high profile case, wherein one of the parties to the case is close ally of the one intending to make the monetary donation? Secondly, via text and recordings tendered in Court as evidence, it was clear that Mpinganjira was specifically targeting judges presiding over this specific case only.

To buttress his point that he was merely making a donation to the judges, he cited a number of instances in the past where he had made monetary contributions to high profile individuals and institutions. He said that he donated and loaned over K1.4 billion to politicians, including President Lazarus Chakwera and Vice President Saulos Chilima.

Judge DeGabrielle rightly called Mpinganjira’s claims a bluff. Here is the thing: Even if it were proven that earlier transactions were mere donations, that would not have enough proof that the subsequent planned transaction with the judges was also to be a donation.

In fact, Justice Tembo one of the judges in the said presidential elections case, told the court that Mpinganjira called him several times to check if the money was reaching the judges, to get access to lead Justice Healy Potani and to give him (Justice Tembo) a parcel.

Judge DeGabrielle said this was proof that he corruptly offered an advantage to the judges and was not offering donations like he has been doing before. Rather he was trying to influence them.

In short, the defence as theorised by Mpinganjira’s lawyers was weak and was never made out in Court. He, if we have to be fair with him, merely intended to embarrass the mentioned beneficiaries of his generosity that they are at some point under his care.

Based on Mpinganjira’s own testimony, the judge made two critical observations: The first was that Mpinganjira’s claims were not made in good faith and he just wanted to embarrass these people because there was no connection whatsoever between his charges and what he tendered as evidence. He simply wanted to soil those people’s names.

Mpinganjira threw in a very unfortunate defence, a defence that went to highlight just how bad his culpability was. He was unsuccessfully grappling for straws.  Instead of dousing the fire, he gave it life. He went on to incriminate himself as if the initial charges were not enough.

The second observation was that what he “claimed” was a loan he gave to the DPP via his trust, was not in fact a loan or a donation but a kickback. DeGaberielle observed that the said sum of K 954 million has not yet been paid back as of today and Mpinganjira has not taken any steps to recover the same. This is an amount was paid to the then ruling DPP to capture the silence of its leader(s) over his dealings. There is a point here.

True to the judge’s observations, it is “donations” like these that laid the foundation for his questionable business dealings, wherein he was able to manipulate the financial system to his advantage at the expense of honest players. The case of FDHs acquisition of Malawi Savings Bank (MSB) should come to mind.

That MSB was sold for a song to FDH is everybody’s secret. And that corrupt elements were there throughout the transaction is beyond question. The only thing that needs to be ascertained is the extent of this corruption. It is because Mpinganjira had, in his armpits, those who had the power to regulate him in his office at the time.

Further to the judge’s observation that Mpinganjira had made a loan to DPP, she also observed that this was made via Mpinganjira’s TFM trust. Here, she noted that TFM trust was not a registered financial institution authorised to lend other parties money. This was against the Trustees Act as well as the Reserve Bank Act. Barely a few days after his conviction, fiscal police have instituted an investigation into how a Trust organisation was able to operate as a finance lending institution. Double jeopardy upon him!

Such mangled was the defence’s case that, eventually, the judge ruled that the State had made its case and Mpinganjira was guilty. He was convicted on all six counts and now awaits sentencing pronouncement.

While the law is not an exact science, it nonetheless thrives on well established/principles which have withstood the test of time and sound critic of men. This is to say, if one were to vouch for their variance, a good case had to be presented by him. This is the case when it comes to sentencing. The judge considers an array of factors to come up with the approval sentence.

This is the clear but difficult task that Mpinganjira had when he was presenting his mitigation factors. The offences with which he has been convicted of carry a maximum custodial sentence of 12 years with an option of a fine. That is the amount of time he is potentially looking at. And he wants to avoid that by his mitigation factors.

Mpinganjira presented a number of mitigation factors in his favour, but they were wanting in wait to shush a custodial sentence. One of the factors a court considers in coming up with a sentence is the degree of participation of the accused in criminal enterprise as well as the nature of offence committed.

On the degree of participation in the syndicate, it appears that Mpinganjira was the principal offender in this case. He was the one who wanted to commit the crime and personally took actual steps to effect his criminal design by calling the judges to give them the “parcel”. Thus, this level of culpability cannot be watered down/overlooked just like that because the convict is an old person. That would be the very definition of miscarriage of justice.

Again, considering the nature of the offence, it being a felony and not a misdemeanor, it would be perverting the course of justice if Mpinganjira were to walk away just like that. On this account, his public antics of helping the needy or support a football team do not even come to offset the impending custodial sentence. If he cared so much about the public, he would not have schemed to harm it’s wishes as manifested by ballot results.

In short, in light of the nature of the crime he has been accused and convicted of, and his degree of participation therein, the mitigation factors pleaded ought not be given any weight. They have no mass to warrant any ounce of weight.

By any means, Mpinganjira’s conviction is a huge step in setting the right tone towards fighting Corruption and serving justice in Malawi. Selective application of justice is no serving of justice at all. To concur with Reyneck Matemba, indeed, the Court should give the convict a custodial sentence not a suspended sentence to show to others that want to use their wealth, power and influence to abuse the law that their wealth is not superior to the law.