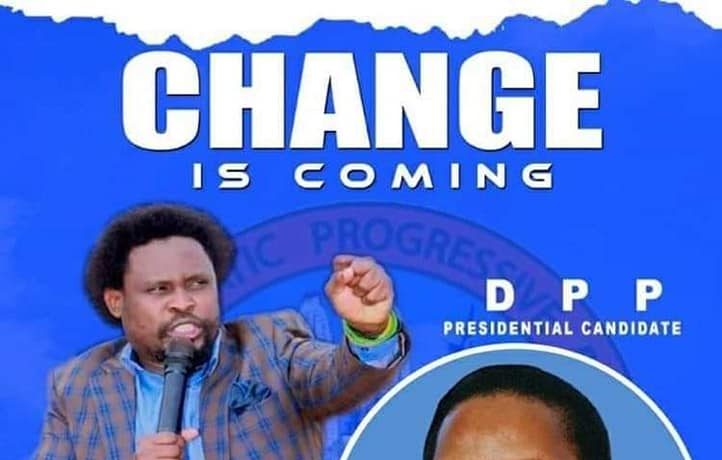 Barely a day after former President Peter Mutharika advised all presidential aspirants of the former governing Democratic Progressive Party (DPP) to desist from printing the face of his late brother Bingu, Prophet David Mbewe, in apparent defiance, has inscribed the face on his poster.

Mutharika, who is also leader of the party, expressed disappointment on Monday over a move by DPP vice president for the South Kondwani Nankhumwa, to produce a poster showing him together with former president late Bingu Wa Mutharika.

Mutharika said posting such posters would leave one with the impression that the late Bingu would have endorsed his candidacy.

He said as president of DPP and head of the Mutharika family, he feels the picture is being exploited.

However, the social media is awash with such posters.