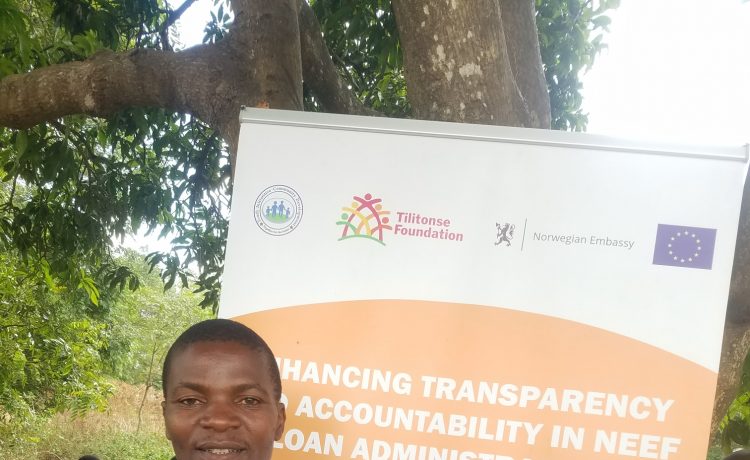 A group comprising of people with disability in T/A Kachere in the country’s Dedza district has applauded the government of Tonse Alliance for including them in the NEEF loans.

Chairman for the group Hastings Chimbalanga said this during a  meeting they organized in the district on Thursday.

Chimbalanga said the loan will help most of those disabled people with skills to acquire the necessary resources to become active in the economy.

” As a forum and on behalf of those that we represent we would like to thank the Tonse government for the consideration that people with disability have the access to the loans,” said Chimbalanga.

Chairperson of Kachere ADC Kennedy  Davison, said Tonse  is really an alliance for national unity saying unlike in the previous regimes where  government would be broadening support  only to party minions this government is not despising anyone.

“That this government has considered people with disability into the loan beneficiary speaks of an all inclusive government”.

Most people with disability in the country have complained that lack of support derail them  from participating actively in the economy across the country.

Chimbalanga says his forum in T/A Kachere has four groups which are on list to benefit from loan.

He said most people with disability are in various activities ranging from weaving, tailoring while others are mostly at Dedza pottery with others at MUA mission where they produce exportable materials but they lack funding.

Chimbalanga has however  implored his friends to continue working hard and  desist from begging.

The meeting was  an initial feedback to people with disability  on the grievances the group had raised  in their previous meeting where a resolution was made to meet Neef officials in the district to know their fate.

Among them the group bemoaned  late access of loans and change of rules into accessing.