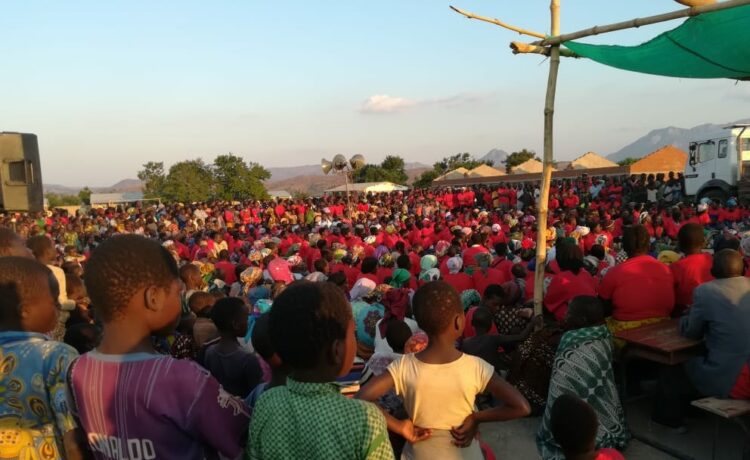 LILONGWE-(MaraviPost)—As Malawians in different parts of the country are expecting to cast their votes in by-elections on Tuesday, the governing Malawi Congress party (MCP) has called on registered voters in Dedza Central East Constituency to come out in large numbers to cast their votes in favour of Joshua Malango.

Chimwendo highlighted that MCP has lined up development initiatives for the area including construction of roads, hospitals and schools.

“MCP will continue improving the welfare of people to reduce poverty. On Affordable Inputs Programme he said the government will continue with the programme to ensure that people are food secure and have stable household income,” he said.

Speaking on the same function MCP National Treasurer, Albert Mbawala, said the government will continue with the development agenda as promised during the campaign trail.

On his part, Group Village Head Kumitawa asked the government to ensure that people in the area have access to potable water.

The Parliamentary by-election will be held in the constituency following the death of former independent legislator McStain Mkomba.