Tanzania announced this week the lifting of a controversial ban prohibiting pregnant girls from returning to school, a decision that came after years of sustained pressure from activists urging the government to abandon what they termed a discriminatory policy.

On Wednesday, Education Minister Joyce Ndalichako said the government would remove all barriers to re-entry for students wanting to return to school after dropping out, including due to pregnancy.

“It’s the right time,” Leonard Akwilapo, the ministry’s permanent secretary, told Al Jazeera. “There was a lot of discussion about this and society seemed to be ready to lift this ban. Social media have been awash with discussions about this issue with many people wanting change”.

Teachers say the 1960s policy was vigorously implemented during the previous administration of late President John Magufuli, who died in March this year and was succeeded by Samia Suluhu Hassan, Tanzania’s first female president.

Magufuli had once said his government would not educate mothers.

“I give money for a student to study for free. And then, she gets pregnant, gives birth and after that, returns to school. No, not under my mandate,” he said in 2017.

“Activists have paid a huge price fighting for this change,” said Mshabaha Mshabaha, coordinator of the Change Tanzania group, who long campaigned against the policy.

“Those of us on the front line were viewed as having personal political agenda against the late President John Magufuli. That we were propagating for foreign values, and encouraging prostitution among children in schools. It appears authorities have come to realise that we were only fighting for girls’ rights to education.”

In February 2020, Zitto Kabwe, the leader of the opposition ACT Wazalendo party, received death threats from members of parliament after he led a coalition of activists who wrote to the World Bank to withhold a loan to the government over the “discriminatory policy” of keeping pregnant girls away from schools. 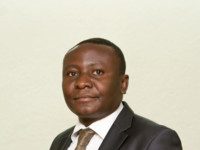