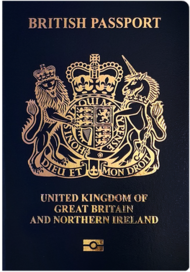 LILONGWE-Mohamed Shahin Mohamed Igbar Juma, British national answering charges related to the killing of his wife in Lilongwe, ‘renewed’ his passport while in custody, it has emerged.

Juma managed to obtain a new British passport which he used in his fourth application for bail. However, the court rejected this application.

The murder suspect failed to provide sufficient information regarding how he obtained a new British passport while on remand at Maula prison.

The details are revealed in a court ruling over his application for bail.

This was a fourth bail application he has made since 2018 when he was arrested allegedly for murdering his wife, Zaheera Abdul Jabbar Akbanie, in December that year.

The State had been opposing his earlier applications on the grounds that he was a flight risk.

It also argued that he had failed to provide information regarding his British passport, which he earlier claimed he had lost.

Now in July this year, the High Court in Lilongwe turned down his re-application after he presented a new British passport which he acquired while he has been in custody.

Questions on how he acquired this new passport formed the backbone of the court’s determination on the application.

In her ruling on directions and bail re-application dated July 21 2021, Judge Dorothy DeGabriele who took over the case from Mwale questioned how Juma obtained the passport.

According to the details, Juma’s new passport was re-issued on February 13 2020 and was collected by his relative on February 11 2021. However, the collection was not signed for as is required.

DeGabriele questioned how he got the passport processed.

“The applicant was in custody during the period and he has not explained to the Court how he applied for the passport and how his biometrics were captured,” read part of DeGabriele’s ruling.

The judge further observed that there was nothing in Juma’s submissions as to when he made a report of passport loss to the British government.

“What is of interest in this court is how the applicant reported his lost passport to the British government, how he applied for the passport while he was in custody answering a serious charge of murder, and how the said new passport was issued as early as March 2020 and was only collected in February 2021, and finally, how the passport is not even signed for by the applicant,” reads the ruling.

On the one hand, Juma said he was born, raised and educated in Malawi while on the other, he told the court that he was “actually British.”

But the court found that he did not clarify his permit status in Malawi.