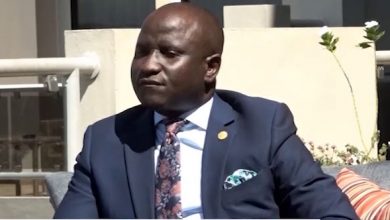 The public accounts Committee of Parliament Chairperson Mark Botamani says his committee will do itself in its power to lobby Parliament to help the University of Malawi with more financial support.  This follows a catalogue of problems presented to it by the University’s Vice Chancellor Samson Sajidu to the effect that the university will face challenges when it resumes its next semester in March, 2023.

Sajidu told PAC that the University is expecting two cohorts of about 4 000 first year students and 8 000 continuing students in March. The Vice Chancellor said the university tried to stagger the enrolment and calendar, but faced resistance from students and the public.

He said: “Bringing them together for us is catastrophic because we have 4 000 first-year students and then the continuing students, the population will be about 12 000 against 1 200 accommodation rooms that we have.

“But finally we accepted under pressure and they are coming together in March. Right now, we are finalizing the first semester of the continuing students and they will come together with the other cohort in March.

“Surely, as a controlling officer, I am gripped with fear as to what will happen in March because there is no accommodation in Zomba and we do not have the teaching space.

From the information above, Malawians on social media wonder why the Vice Chancellor says he needs about 28 billion Malawi kwacha to build hostels.

“If he says 12,000 against 1200 accommodation, where were the others lodging from? Most likely outside the campus. Then how sure is he that the entire Zomba city cannot accommodate 12,000 students? This sounds like someone trying to hoodwink the public,” says Likuni-based social commentator Yona Njerengwa.

The Vice Chancellor further told PAC that the university plans to construct four prefabricated classrooms with a learning space of 250 each, but the classrooms will only be ready in July or August.

In response, PAC chairperson Mark Botomani sympathised with the university.

He said there is a need to improve the situation and pledged Parliament’s support in lobbying for increased funding towards the university.

Botomani said: “The figures they have given us for accommodation and teaching space are so alarming. You are talking of a student population of over 10 000 and a teaching space of 2 500, the gap is too huge. There is an initiative for the construction of prefabricated classrooms, but the classroom can only cater for a few.”

Civil Society Education Coalition executive director Benedicto Kondowe has since blamed the crisis on a lack of proper vision and consistent plans for higher education development.

“While universities have been growing in terms of enrolment there hasn’t been investment in development to match the enrolment growth. There is a mismatch between enrolment and development,” he said.