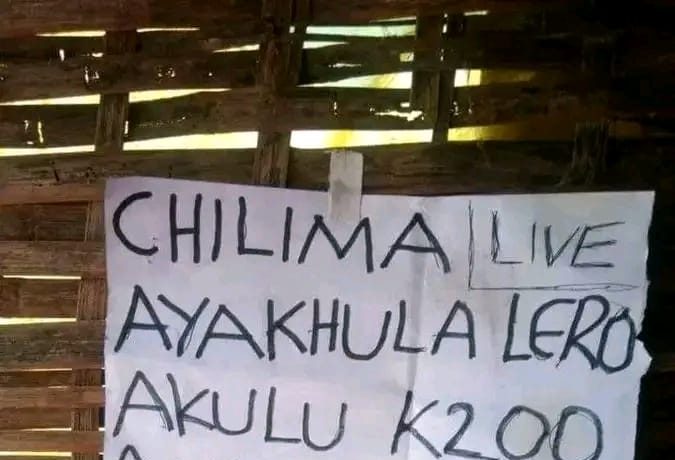 The vice president of the country is seriously considering resigning as Vice President of the Republic according to insiders who spoke to the Shire Times.

In order for Chilima to be able to run for president of the Republic of Malawi in 2025, his strategists are of the view that he has to resign as he would be caught in constitutional web shall he finish this term as Veep.

If he completes this term, Chilima will be ineligible to run for president because he will have served out his two terms in the presidency.

This is in accordance with a 2008 ruling by the constitutional court, which prohibited Dr. Bakili Muluzi from running for re-election a third time. According to the ruling, once a person holds office for two terms—whether as president or vice president—they are unable to hold further office in the Republic of Malawi’s Presidency.

Chilima will have used up all of his opportunities if he stays on as vice president, but if he steps down, he will still have the possibility to run for president in 2025.

The move for Chilima to resign, albeit it is one that is being considered, is not being warmly received by other shortsighted supporters. Chilima is therefore to decide whether to resign right away or buying time to resign closer to the end of this term.

If there is no agreement on resignation, Chilima will inform Malawians that he will defend himself against the corruption claims made against him until the courts clear him, at which point he will resign if found guilty of any wrongdoing or continue in office if found innocent.

In the meantime, rumors are rife that the DPP Indaba, which had just held in Mangochi at Peter Mutharika’s PAGE House, was planning to convince Parliament, led by the now frustrated bulldozer George Chaponda, to impeach Chilima as vice president of Malawi.

Following President Chakwera’s instruction to postpone any delegation of tasks to Vice President Chilima until the courts clear him of any wrongdoing in the corruption crisis, Chilima is gradually turning into a pariah.

In accordance with President Chakwera’s decision to shun the Vice President due to his corruption odor, Plan International subtly declared on Tuesday that Chilima would not be a guest of honor at their event as originally planned.

Meanwhile, the UTM media team are hyping the national address with all manner of social media stunts to capture the attention of Malawians into listening to their leader’s address.