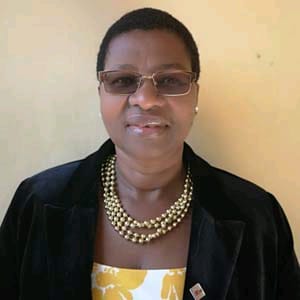 The Institute of Chartered Accountants in Malawi (ICAM) has denounced the Accountant General’s Office employees who are suspected to have done irregular transactions in the Ministry of Finance and Economic Affairs.

The statement follows the arrest of some AG’s office employees on Sunday after a Fiscal Police probe allegedly revealed  fraudulent conduct.

ICAM President Phyles Tatha Kachingwe stated in a press statement that the organization is very concerned that the Integrated Financial Management Information System continues to have flaws (IFMIS).

ICAM argues that this is undesirable and undermines the gatekeeper function that accountants are supposed to perform in protecting financial resources.

“The Institute of Chartered Accountants in Malawi is deeply saddened by the increasing fraud and theft carried out through IFMIS. It is the anticipation of Malawians that the new IFMIS was meant to be the beginning of a new chapter in efficient and prudent financial management in government in Malawi.

“In curbing continuing theft and fraud of resources, the Government of Malawi effected the Public Accountants and Auditors Acts, 2013 which strictly makes it mandatory that any accountant in the country be registered by the Malawi Accountants Board (MAB) through ICAM. This clause was meant to safeguard resources as registered accountants follow strict professional guidelines. Inversely, though Government passed the law, most accountants in government remain unregistered hence not subjected to professional scrutiny and disciplinary,” reads part of the statement.

Since then, ICAM has urged the Malawian government to register all accountants working for all of its ministries, departments, and agencies (MDAs).

“Registered accountants follow strict ethical guidelines hence are dependable and reliable gatekeepers of resources. Registered Accountants are regularly updated with technical accounting developments to necessitate them discharge their duties with highest standards. Registered accountants, in case of any professional malpractice and conduct, are investigated by the Ethics and Investigations Committee of ICAM and referred to the Disciplinary Committee in case they have been found with a case to answer,” the statement added.

According to reports, the fraud investigation has exposed over 25 accountants from the Anti-Corruption Bureau, Office of Director of Public Prosecutions, Malawi Defence Force, Malawi Police Service and the Judiciary as part of a syndicate defrauding government agencies in form of allowances using IFMIS.