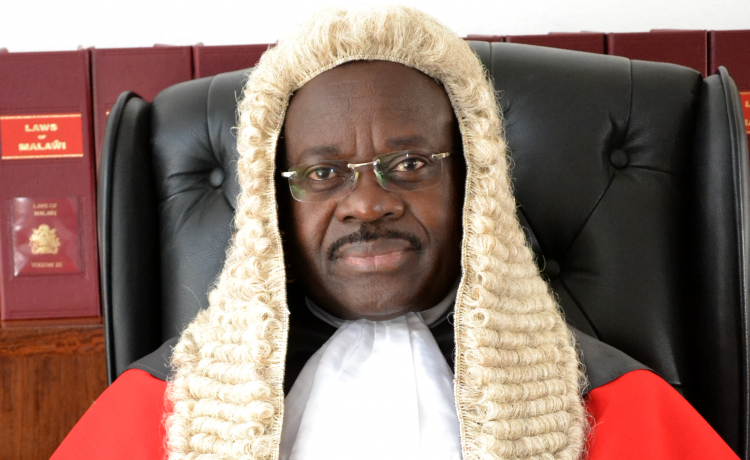 Retired Chief Justice Andrew Nyirenda, after demonstrating utmost professionalism at the country’s judiciary, has been appointed by International Monetary Fund (IMF) to its Administrative Tribunal.

Nyirenda retired in December last year after reaching the mandatory retirement age of 65. Under his leadership, judges of the High Court sitting as Constitutional Court got the Chatham House prize in recognition of the judges’ ‘courage and independence in the defence of democracy’ demonstrated in the historic February 2020 ruling to annul the May 2019 presidential election.

Speaking to local media, Nyirenda said the appointment raises the profile of the country.

He said the country’s Judiciary has been recognised in so many respects and his appointment means Malawi continues to be recognised internationally in as far as defending the rule of law is concerned.

“Certainly it means a lot to me individually in the sense that there is that recognition, but by and large it’s a deep sense of humility that this appointment comes to me.

“This is yet another occasion where an international body recognises our application in the defence of rule of law. So it is quite an important development in the country so far as well as our judiciary,” Nyirenda said as quoted by The Nation.

According to IMF, the administrative tribunal comprises five judges, including the judge president who are on four-year term contracts.

Out of the five judges of the current IMF Administrative Tribunal, Nyirenda is the only African on the panel.

The other four judges are judge president Nassib Ziadé of Chile, Edith Brown Weiss from the United States, Deborah Thomas-Felix of Trinidad and Tobago and María Vicien Milburn from Argentinan.

Catholic University of Malawi dean of law John Gift Mwakhwawa applauded Nyirenda’s appointment as it speaks of the integrity of the country’s judicial system.

He said: “It also speaks to the integrity of the people of Malawi that such institutions can find confidence in our professionals.

This is not the first time for Nyirenda to serve on a high-level tribunal. Between 2012 and 2020, he served as judge president of the African Union Administrative Tribunal.