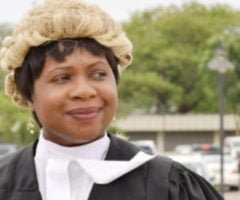 In a show that the Nakhumwa Empire is crumbling, the Peter Mutharika-led Democratic Progressive Party (DPP) swiftly moved to dismiss the embattled leader of opposition Kondwani Nankhumwa from his post and replaced him with George Chaponda also known as the ‘Bulldozer.’

According to a letter from the Clerk of Parliament to Chaponda, the National Assembly authorities have now recognized Chaponda as the legitimate LoP, indicating that the DPP has succeeded in ousting Nankhumwa, who has been a thorn in the side of the party leadership. While Malawians were waiting to see how Parliament would react regarding who they will recognize as the LoP between Nankhumwa and Chaponda, the waiting is now over.

“In the first place, let me congratulate you for your appointment as the Leader of opposition,” reads the letter to Chaponda.

The letter inviting the new LoP to the business committee meeting proceeded:

“I have the honour to invite you to the above-captioned meeting which will be held at Parliament Building in the Speaker’s Board Room on Wednesday, 29th June 2022 starting from 10:00 am.”

The Clerk of Parliament disclosed in the letter to Chaponda that the “meeting is to prepare for the Sixth Meeting, in the 44th Session of Parliament which is planned to be held from  Monday 18th July 2022 to 12th August 2022.”

Meanwhile, there is no reaction from Nankhumwa though he may have the option of going to court to explore the possibility of obtaining an injunction to stop the Chaponda takeover as irregular. However, legal scholars indicate that the Nankhumwa will not come back as LoP as the Parliamentary standing orders are clear that the main opposition party has the liberty to remove the LoP from his post and appoint whomsoever they want.