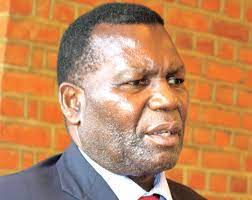 The self-described ‘once-rising star of the DPP’, George Chaponda, who has been recently chosen to serve as Leader of the Opposition in Parliament, has been criticized by Malawians for having a severe lack of leadership skills, despite the DPP boasting about Chaponda’s academic accomplishments in an effort to mislead the country’s gullible citizens.

The DPP has long promoted its presidential candidates’ educational backgrounds as qualifications for the position, but Malawians have come to understand that education does not guarantee effective leadership. For instance, Professor Peter Mutharika was hailed as the top legal professor in the world and spent decades lecturing at Washington University in the United States. However, when he was elected president of Malawi, he stumbled and his astounding leadership mediocrity was on full display.

The same is true for George Chaponda, who caused problems at the Ministry of Agriculture after becoming involved in the maize-gate affair and then burned down his office to hide evidence.

Now the DPP in a Facebook post on its page says it is lucky as a party to have “the most educated citizens in Dr. George Chaponda.”

“Dr. Chaponda is the only MP in Malawi who has 2 bachelor’s degrees, 4 master’s degrees, and a Doctorate degree. In fact, he is one of few Malawians with such qualifications in this country.”

However, Malawians are not moved with such a marketing strategy for Chaponda as they tried and tested him before and found him lacking.

“But looks like he has some room to learn inclusive leadership: how can he say other MPs that do not support his appointment as Leader of Opposition must leave the party? Sounds he’s intolerant to opposing views. Believe it or not the VP for South has more grass root masses and MPs to his side than Dr. G. Chaponda.”

Another social commentator reacted: “And he is a rated thief who burns his office to erase evidence.”

The DPP is experiencing a leadership crisis as a result of Peter Mutharika’s efforts to remove the party’s vice president for the South Kondwani Nankhumwa and secretary general Gliselder Geofrey for organizing a faction that is trying to seize control of the DPP at the convention.