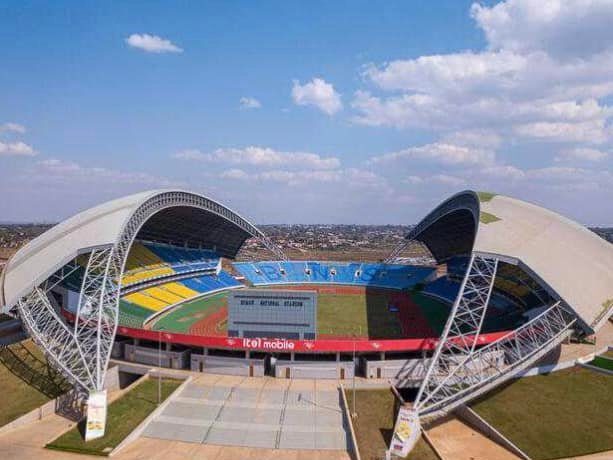 The soccer fraternity in the country can breathe a sigh of relief following the pronouncement by the Confederation of African Football (CAF) that the country’s magnificent stadium in the capital city Lilongwe, the Bingu National Stadium, has been certified fit, albeit temporarily, to host FIFA and CAF matches.

In a press release by the Football Association of Malawi (FAM), the temporal certification by CAF shows that the country’s national soccer team will play their opening match of the 2023 AFCON group qualifiers against Ethiopia on home soil, much to the delight of the 12th player, the home side supporters. This will be the first time that the Flames will be playing in Malawi since March 2021 as CAF banned BNS, forcing the Flames to play their home matches at Orlando Stadium in Johannesburg South Africa.

“Please note that the approved Stadium (BNS) will be set as the venue to host the Match Group D Malawi vs Ethiopia related to the group stage qualifiers of the Africa Cup of Nations Cote d Ivorie 2023 Match Day 1,” reads a letter from CAF signed by Developmental Director Raul Chipendo following the inspection on the same which was done by CAF Inspector Ivan Lengwe Mumba from Zambia on Thursday.

FAM General Secretary Alfred Gunda was ecstatic about this development and thanked the government for the excellent collaboration and support to get the stadium certified.

“We have come a long way to achieve this, and we must thank the Malawi government and the FAM leadership for the effort and resources that has enabled us get this status.

“It was important to have the pitch certified for international matches so that the Flames play home matches in Malawi to manage costs and allow Malawians to support their beloved Flames at their backyard.

“We will not relax but go back on the ground to work on all the shortfalls so that we should get a permanent approval,” said Gunda.

However, there is a lot that has to be done if CAF is to permanently certify the stadium as fit for international games.  CAF indicated that the condition of the pitch, though now improved but still is not yet at the desired level recommends that there is a need to continue maintenance and preservation of the field of the play area.

Another critical area is the improvement of public access where CAF is demanding that: “The Stadium must be equipped with modern electronic access and automated counting system delivering real-time spectators’ attendance per sector and data analysis to the VOC and preventing the use of counterfeit tickets and overcrowding. Modern turnstiles with automatic counting apparatus need to be installed.”

Other areas to be worked on include substitutes benches, dressing room lockers, media-related areas, and sanitary facilities for spectators.

Before the press release, FAM President Walter Nyamilandu broke the news on social media about the certification much to the delight of supporters on learning about it.

Commented one of the fans Osman Mattias: “That’s great news, however, it important to put measures in place for the sustainable management of the facility so that we avoid these humiliations in the near future.”

“This is powerful and exciting, you know positive support from the multitudes usually motivate players and latently increases their performance,” said Fatwell Jacob Phiri.