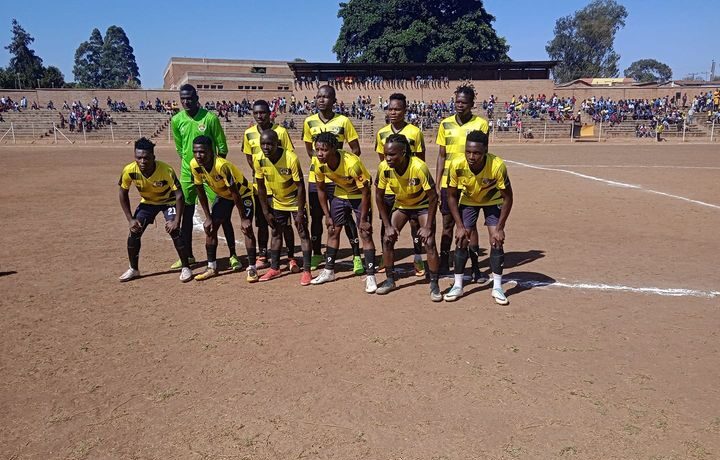 Dedza Dynamos supporters were sent into wild celebrations on Friday, October 29 as their team earned promotion into the TNM Super League after a 1-all draw against Extreme FC in a match played before a mammoth crowd at Dedza Stadium.

This is the second time in history for a team from Dedza district to be promoted into the country’s elite league and the mood amongst the local fans after the game was a carbon copy of what happened when the disbanded Dedza Young Soccer Saints earned promotion in 2015.

Dynamos just needed a draw from this encounter as they were already three points clear at the top of the Chipiku Premier League standings.

The hero of the day was Charles Chipala who levelled the scores in the closing stages of the match after Promise Kamwendo gave the visitors a 1-goal lead soon after recess.

Dedza Dynamos started the game on a high note and they could have scored in the opening minute of the game through Lameck Gamphani but the goalkeeper for Extreme FC was equal to the task.

On the hand Extreme Fc were dangerous when attacking especially their talisman Promise Kamwendo who has finished as the top goal scorer with eight goals.

The teams went to recess with no goals on either side. Come second half, Extreme FC continued piling pressure on the hosts and in the 53rd minute they secured a goal through Promise Kamwendo with a well taken shot meters away from the box.

Eight minutes later, Dedza leveled the scores throguh Charles Chipala after a poor communication between Extreme FC goalkeeper and his defender giving a chance to Chipala to score his sixth goal after a simple ball from playmaker Lameck Gamphani.

In a post-match interview, Dynamos FC Coach Christopher Ruba Zinyongo was over the moon.

He however urged his charges not to be complacent as the TNM Super League is tougher than the Chipiku League.

His opposite number, Wilson Magombo hailed his boys for the gallant fight.

“This is our first season playing in the Premeir Division hence finishing second position is a great achievement” he said.

Dedza Dynamos will join Rumphi United and Sable Farming, who have qualified for the Northern and Southern Regions, respectively.

Dedza Dynamos and Wimbe United have one game left against each other to finish the season and the game was abandoned at Kasungu Stadium on 10th October but that game will make no impact to both sides regardless of what will happen as they both will finish the season where they are currently.

Dedza Dynamos FC was established in 2017 and they participated in their first competition in 2018 in the Dedza Radio Bembeke League in which they were crowned champion.

They also won  the Presidential Cup at district level in the same year under Baison Chisasulu and Christopher Zinyongo who have guided the team to TNM Super promotion.

They then played in the Chipiku Premier Division in the 2019/2020 season in which they finished 4th in their debut season under Robert Mzinza before earning a promotion into the TNM Super league this season 4 years after the team was established.