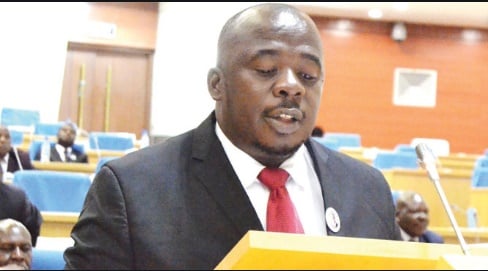 Richard Chimwendo Banda who doubles as Minister of Youth as well as the leader of the House in Parliament has dismissed false rumours that Parliament intends to impeach Malawi Vice President Saulos Chilima in the next sitting of Parliament scheduled for this Mid-July.

According to President Lazarus Chakwera, Vice President Chilima is implicated in the corruption scandal with Zuneth Sattar, a British Businessperson of Malawian origin. When he implicated him via a national address, the President announced that he would no longer be delegating him duties until he is cleared by the courts. To that effect, social media has been awash with reports that the government side is working in cahoots with the opposition Democratic Progressive Party (DPP) to remove the Vice President from his position via the route of impeachment as provided for in the constitution of the Republic of Malawi.

However, in a statement, Chimwendo has dismissed such rumours.

“I wish to inform the public, for any business item to be considered by the House it must be examined first by the Business Committee as per our Standing Orders and it includes both Government and Private Members business,” reads the statement in part adding that there no any notice of a motion lodged to the Business Committee to impeach the Vice President.

“It is my hope that this statement puts matters on these rumours about the business of the House for the forthcoming meeting, to rest,” the statement adds.

Hon Chimwendo then highlighted that the forthcoming meeting of Parliament will discuss the usual business items such as Ministerial Statements, Questions to Ministers, Members Motions, Bills, etc.

In the meantime, Malawians are waiting to listen to the national address to be delivered by the Vice President this Friday 1st July 2022 where it is expected that he will make his position on the ongoing corrupt allegations levelled against him.