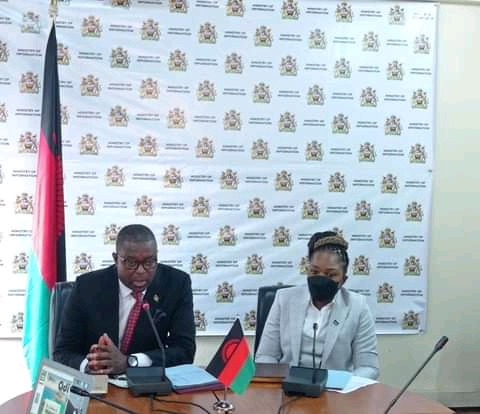 Newly-appointed Minister of Labour Vera Kamtukule has provided further details to 997, 423 jobs created by government in the 2021/22 financial year.

The minister was providing the details after President Lazarus Chakwera revealed the number in his State of the Nation Address last week.

Speaking during a media briefing in Lilongwe, Kamtukule said this milestone was achieved despite the country experiencing the adverse economic effects of the Covid-19 pandemic.

She added that any job is important regardless of the length of employment.

Kamtukule was accompanied by Minister of Information and Digitalization Gospel Kazako who said each and every Minister appointed by the President will meet the press to elaborate more details about the SONA .

Kazako also revealed that government will soon be publishing names of desk officers responsible for giving information for smooth implementation of the Access to Information law.