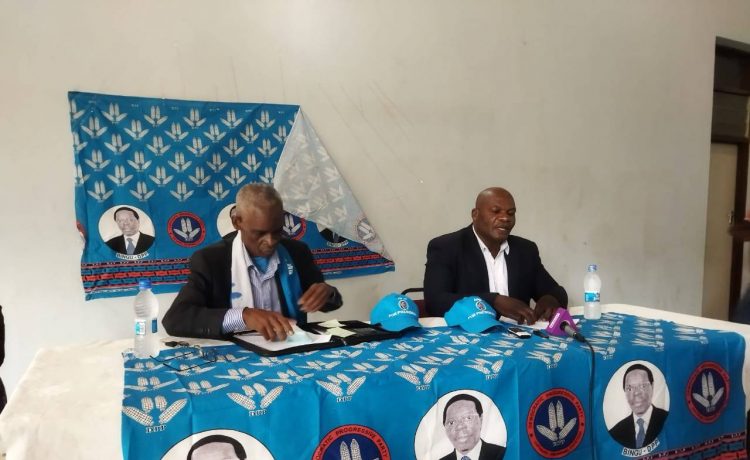 The ultimatum comes as cracks in the party are increasingly becoming wider.

According to Msonda, the only solution to address the party squabbles is going for an elective convention.

“Pardon me but I will say this, our president Peter Mutharika has been captured. So let’s go to an elective conference where he will hand over the party leadership to someone else” he said.

He also said the firing of Nicholas Dausi as party’s publicity secretary was unconstitutional and described the appointment of Shadreck Namalomba as party Spokesperson as illegal.

“We are wondering where this position came from because it doesn’t exist in our constitution” said Msonda.

In a statement read to the press, the DPP members claimed that party president Arthur Peter Mutharika is captured and no longer in charge of the party’s decisions.

Asked to clarify on who is now making the decisions, Msonda said that he is also not aware, who is behind what he said are “illegal decisions”.

The press briefing is in reference to the decision by the party to appoint members into the National Governing Committee.

The other appointees are legislator Daod Chikwanje [Central Eastern Region director of protocol] and Malawi Police Service former inspector general Peter Mukhito, who has been appointed to the position of Southern Region deputy national director of elections.