It was redemption for Sadio Mane as his penalty kick lifted Senegal to their first Africa Cup of Nations title on Sunday against Egypt.

In a preview of an upcoming clash between these two sides as only one will qualify for the World Cup, Senegal dominated from kickoff but were unable to make it count due to excellent play in net by Egyptian goalkeeper Mohamed Abougabal. Finishing with eight saves, he had another strong showing.

Only six minutes in, Senegal thought they had an opener via Mane as Mohamed Abdelmonem fouled Saliou Ciss in the box but Mane missed his penalty. Senegal continued to boss the match, creating chances from everywhere but they couldn’t find the finishing touch.

It wasn’t a huge worry as Idrissa Gueye was breaking up Egypt attacks all over the park. A triple change from Egypt in the 58th minute would change the flow of things but didn’t bring enough of a cutting edge to beat Senegal keeper Edouard Mendy.

Senegal’s keys in attack were Saliou Ciss, Ismaila Sarr, and Ahmadou Bamba Dieng. All three were able to create a number of chances in the match and on a day when they weren’t up against Abougabal, multiple goals may have gone by Egypt.

Abdelmonem’s day to forget continued as he missed his penalty, hitting the post and putting Egypt behind. Abougabal momentarily came to the rescue, saving Bouna Sarr’s take before Mendy pulled out an excellent save on Mohanad Lasheen’s. That set the stage for Mane to seal the title.

Cameroon, the hosts, settled for a third position after post-match penalty victory over Burkina Faso.

In regulation time, they came from 3-0 down to restore parity with substitute Aboubakar scoring a brace. 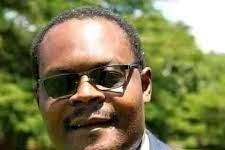