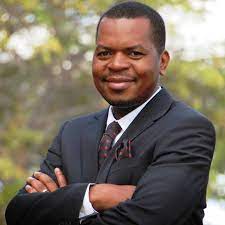 High Court in Lilongwe has found engineer, Trevor Hiwa, former Chief Executive Officer of National Roads Authority (currently the Roads Authority) with a case to answer in a case which he is being accused of abuse of public office.

In a press statement, the Anti-Corruption Bureau says the Court has acquitted him on the second count but found him with a case to answer for abuse of office. He will appear in Court on a date to be set by the Court.

The Anti-Corruption Bureau – ACB arrested Hiwa in June this year after investigation into an allegation that Hiwa and Eng. Sam Kadangwe recommended Infracon Limited (Eng. Trevor Hiwa’s company) to the Word Bank to be awarded a contract worth $303,823 for the design and supervision of various roads constructions in Central and Southern Regions of Malawi without the approval of Internal Procurement Committee (IPC) and without declaring interest.

The Anti- Corruption Bureau instituted investigations which established that Eng. Trevor Elias Hiwa recommended Infracon Limited to be awarded the above mentioned contract.