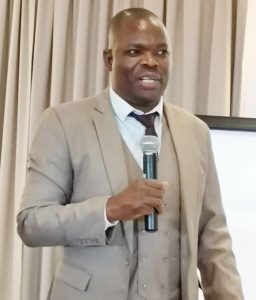 NEEF wants the loan to be written off because the borrowers, mostly politically- linked persons, cannot be traced.

“Most of the beneficiaries before Neef were not creditworthy. They were not adequately assessed and given necessary guidelines to service the loans.

“As a consequence, we have had so many delinquent loans, in the process, eroding the capital base of the institution,” he said as quoted in The Nation.

Mdyetseni spoke when Neef and Ministry of Youth and Sports officials appeared before PAC to explain audit queries that riddled the loan disbursement before Neef rebranded from Medef.

In 2005, the Malawi Government obtained a loan from the Indian Export and Import Bank to procure equipment for Medef to facilitate value addition for youth startups. However, it later transpired that the equipment was misprocured.

Mdyetseni said the equipment was distributed by politicians to undeserving people who were not even registered by Medef. He said that in the process the equipment, including goats and cows distributed during the 2014 elections campaign, disappeared.

He said the equipment and livestock were valued at K6 billion of the K9 billion bad debts planned for the write-off.

But PAC chairperson Shadric Namalomba said it was sad that public funds were abused and given out as gifts by politicians. In this regard, he said there is need to trace the culprits to face the law.

He said: “We have told Neef management to pend the write-off of the K9 billion until a further investigation is undertaken because we may write off to award unscrupulous beneficiaries who are roaming freely.

“They need to be traced and necessary actions taken because we are burdening future generations with unwarranted loans.”

Mdyetseni said before rebranding to Neef, the loans disbursement was hijacked by the politicians who were submitting their own lists of the beneficiaries at the expense of those vetted by the Medef.

Mdyetseni also cited the recent incident that occurred during by- elections campaign in some parts of the country where some politicians were promising their supporters easy access to Neef loans if voted into power.

The meeting also learnt that Ministry of Youth and Sports had a Medef office manned by one officer who, upon retirement in 2014, disappeared with the records without leaving any paper trail, marking the end of the office that was issuing loans to politically-connected people.

Medef was rebranded to Neef by the current administration to change its direction and tame political interference in disbursement of funds.

By September this year, Neef had disbursed K18.8 billion in loans within a year with women and youths dominating the beneficiaries’ list. In total, there were 6 669 beneficiary groups and 461 individual clients.

In terms of recovery, the rate stood at 74 percent as at September 15 2021, making it one of the highest for a taxpayer-funded revolving loans scheme.