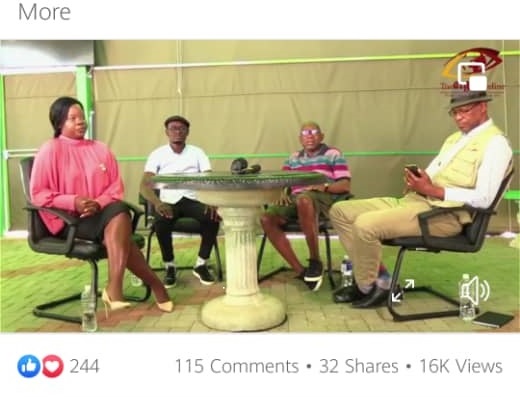 In an exclusive interview with Argus online after delivering a quality work in Botswana, Phiri said local firms are often excluded in favour of foreign-owned firms whose works always leave a lot to be desired.

In the midst of the COVID-19 pandemic and the restrictions that came with it, Khato Civils company defied all the odds and completed the 100km Masama-Mmamashia water pipeline in time, on budget and with good quality.

On Friday the completed water pipeline was commissioned and handed over to the government of Botswana with President Mokgweetsi Masisi receiving it on behalf of the citizenry.

But responding to a question whether African construction firms have what it takes to rule the infrastructure industry across the continent; Phiri said foreign owned firms have always been hypocritical as they depend on the black people to do the actual job.

“I have been in the engineering business for long time. Even when you see a Swedish company coming to do engineering project, you will find out that they will bring a project manager but most of the engineers will be black people. They are the ones doing the job.

“They say okay we are bringing a company to do a survey and then the company comes, look for a local surveyor. Out of 200 million pula for survey they give the local company 20 million to do everything for this company, to give them data. They put the data on their letter head, send it to government and claim full payment 200 million. 200 million is paid to the guy and the guy pays employees,” responded Simbi.

Simbi further said what companies from Asia and Europe do in Africa is stealing by draining forex from African countries in exchange of shoddy projects.

In an attempt to amplify his point on hypocrisy of foreign owned companies, the business mogul sampled the overdue completion of Eskom’s corruption-riddled Medupi power station in Limpopo, which also overran costs by an eye-watering amount.

Japanese firm Hitachi which was improperly awarded the contract to construct 12 boilers at the power station, is widely accused of delivering substandard work following an explosion that rocked the plant’s unit four in August this year.

Simbi also expressed gratitude for being given an opportunity by the government of Botswana to do the water project and indicated that his team dished out the best to meet the people of Botswana’s expectation.

“I think we have done exceptionally well. We have done it in time, within the budget and we have set the record here in the environment in the sense that majority of the projects go out of their time,” he said.

“Let me just start by saying an opportunity will not just be thrown at anybody who is walking in the street. You have to be organized, you need have training, you need to have experience in the enterprise; and registered and comply to regulations. Have people employed and have offices for you venture in enterprise. And that enterprise goes out to say this is what we do. This issue of pan-African must be properly understood otherwise it will have less meaning in what I meant it to be,” he added.

On challenges he faces in the industry, Simbi pointed out that at times he has to deal with slander catapulted by competitors, especially foreign owned companies who always use local politicians and media to give lies about Khato Civils.

He, however, said such lies are always defeated by quality work that Khato Civils deliver whenever an opportunity arises.

Khato Civils is aggressively expanding into the rest of the continent where it has scored multimillion-dollar contracts in Zimbabwe, Ghana, Botswana and Malawi.