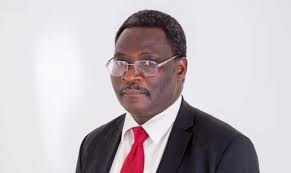 The Supreme Court’s Justice Rizine Mzikamanda was unanimously confirmed as Chief Justice of the Malawi Judiciary by Parliament on Monday afternoon.

Mzikamanda was confirmed through a voice vote, following positive recommendations from spokespersons of the Malawi Congress, the Democratic Progressive and United Democratic Front Parties that he is an upright man, worthy to hold the office.

Leader of the house Richard Chimwendo-Banda advised members that the Chief Justice must be confirmed by a majority of two-thirds of the 192 members present, excluding the speaker, as required by law..

Minister of Justice Titus Mvalo stated that this must be done through a vote by two thirds of members present and voting.

Foreign Affairs Minister Nancy Tembo agreed, saying that this isn’t the first time the august house has voted for the head of the court, citing the instance of the late Chief Justice Lovemore Munlo as an example.

Speaker of Parliament Catherine Gotani-Hara ruled that the vote be deferred to give room for consultations and that she will come back with a position after tea-break.

The opposition leader, Kondwani Nankhumwa, surprised the government when he told the house that his party was dead set on confirming Mzikamanda the same day, right there and then, and that they should pause proceedings for 10 minutes to consult.

This was agreed to and Chimwendo Banda, Nankhumwa, Justice Minister Mvalo and the Speaker went to discuss the matter further.

As a result, the members overwhelmingly affirmed Mzikamanda, who was described as an upright man with a solid educational background by both the opposition and the ruling party.

However, Lilian Patel of the United Democratic Front (UDF) urged the new Chief Justice to address elements of judge-shopping, claiming that Malawians want the judiciary’s reputation to be improved.

At the time of Nyirenda’s departure, Mzikamanda was the most senior justice sitting on Supreme Court of Appeal.

Among other public positions, Mzikamanda served as Director for the Anti-Corruption Bureau.

He was at the helm of the Bureau when Malawi was hit by a massive plunder of public funds at Capital Hill in 2013.

He moved to freeze at least 33 bank accounts suspected to have been part of the plunder.