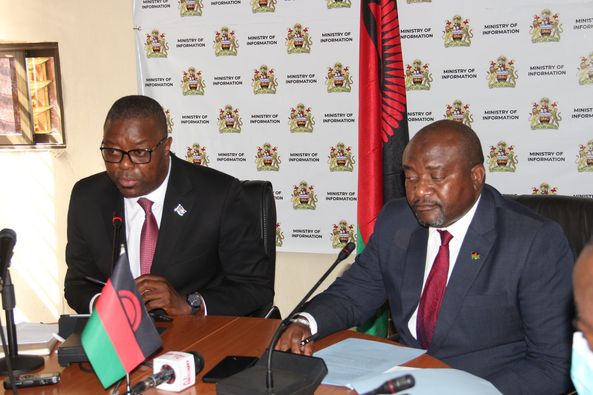 With the rise in power outages due to the Electricity Supply Corporation of Malawi’s (ESCOM) inability to meet the ever-growing demand, Minister of Energy Ibrahim Matola has decried the malpractice of some unscrupulous persons who are vandalizing the sole electricity supplier’s generators and cables.

The minister was speaking on Tuesday 15th March, during Government Meets the Press where he was unpacking the State of the Nation Address SONA on electricity and power generation.

In his remarks, the minister bemoaned the malpractice leading to the lack of power supply to some critical sectors like hospitals, water boards, maize mills which directly affect people’s livelihoods.

“ESCOM has borrowed 150 transformers from MAREP to cover for the deficit and 250 trading centers (Approximately 1 million people) do not have power supply as a result of vandalism,” Matola said.

The minister’s concerns come after ESCOM is reportedly to have disclosed that it is losing an average of five transformers every week due to vandalism.

The corporation further said this is leading to loss of revenue for ESCOM, the public, health and education facilities, businesses as well as households.

According to Matola, ESCOM is working to boost its security mechanisms, including continuations of community sensitization campaigns to create awareness on the impact of vandalism and theft to service delivery and how that puts the lives of the perpetrators and the public at risk.

“It is a serious offence, punishable by law, to tamper with ESCOM assets as such malpractices contravene the Electoral Act,” he said.