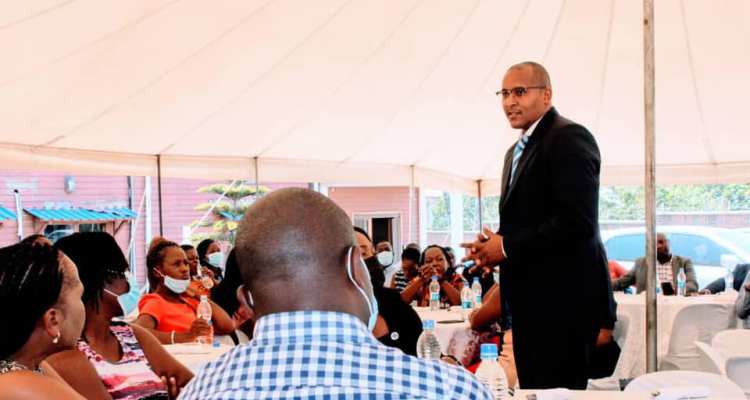 Suleman was speaking during his debut interface with staff at MACRA headquarters in Blantyre yesterday after he reported for duties on November 1.

The Information and Communication Technology (ICT) guru said he will concentrate on ensuring that data tariffs in Malawi reduce.

“I am not afraid to mention my three main KPIs (Key Performance Indicators) which I would want to achieve during my tenure of office. I want to see to it that data tariffs come down,” he said.

The new MACRA boss further said he will build capacity for all members of staff.

“As a regulator we cannot regulate what we don’t know,” he said.

Suleman then called upon members of staff to work extra hard for the Authority to achieve its goals.

He added that MACRA is key in the attainment of the Malawi 2063 agenda.

“We are laying foundations for a better Malawi which is possible with the digital space,” he said.

Malawians have been complaining of exorbitant data charges by the mobile network providers; a thing which makes internet hardly accessible.

In view of this, a campaign dubbed #DataMustFall# was launched some few months ago.

In response to this, the Minister of Information Honorable Gospel Kazako was on record to have said that he was engaging the service providers so that the data charges are revised downwards.

Suleman has come to MACRA with a wealth of management and technical experience in the ICT sector in Malawi.

A holder of a Master Degree in Communication Management from the Buckinghamshire New University, Suleman previously worked as Chief Technology Officer for MobiPay Malawi.

He also worked as the Chief Information Officer for NBS Bank.