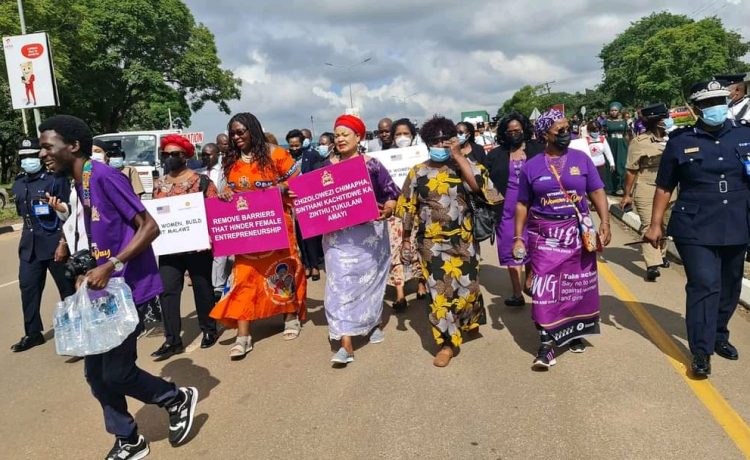 Minister of Gender Patricia Kaliati has reaffirmed the government’s efforts in prioritizing women empowerment in order to break barriers to achieving gender equality in Malawi.

The minister made the remarks at Bingu International Convention Centre in Lilongwe where Malawi is joining the rest of the world in commemorating World International Women’s Day.

According to Kaliati, by empowering women economically, the available biases that hinder the progress in gender equality can be removed.

She added that women also need to continue uplifting each other in order for them to be self-reliant economically.

“As women we should be supporting each other and talk about the issues that affect us and how we can deal with them instead of always depending on men. Education is an automatic empowerment of women as such we should make it a must that our children get educated, both girls and boys.”

Also present during the event was United Nations Resident Coordinator Shigeki Komatsubara who said gender equality can be achieved if all relevant stakeholders and duty bearers work hand in hand in removing inequalities.

He said; “I urge you all to continue raising voices and increasing awareness of the challenges women face and call for action to liberate women. We have to break barriers and biases that limit women. Let’s challenge conventional wisdom and unleash the power of us all to make changes.”

Meanwhile earlier in the day, some prominent women led by Speaker of the National Assembly Catherine Gotani Hara held a solidarity march marking the day.

The Speaker was joined by female ministers like Patricia Kaliati, Abida Mia as well as officials from Plan Malawi and World Vision Malawi.

In an interview, the Speaker said breaking biases against women in politics and business among other spheres was only possible with the support of everyone, men and women.

International Women’s Day which falls on March 8 is a global day celebrating the social, economic, cultural, and political achievements of women.

The day also marks a call to action for accelerating women’s equality.