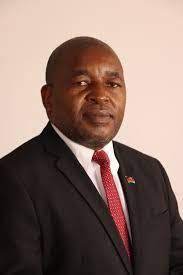 Kezzie Msukwa triumphs at supreme court, holding ACB on the wait until full hearing of his appeal case
0Share

In a statement dated 31st December, 2021, the Alliance, which comprises Church and Society of the CCAP Synod of Livingstonia, Centre for Human Rights and Rehabilitation, Youth and Society, as well as Malawi Law Society, calls upon ACB to prosecute the suspects without delay and according to international fair trial standards

“As an Alliance, we do not want to see any delays to the case considering that the arrests are coming after thorough investigations by the ACB, which, we understand, have so far established that Hon. Msukwa corruptly used the privileges of his office contrary to section 25 (1) as read together with section 34 of the Corrupt Practices Act,” reads the statement in part.

The alliance has further called upon Malawi Dr. Lazarus Chakwera to immediately fire Msukwa to pave way for smooth investigations.

“Any person is innocent until proven guilty by a court of law, however, this is not the first member of his cabinet to be embroiled in a corruption scandal and any delay in firing the minister will send a negative signal about the President’s commitment to purge his administration of corruption,” the statement reads further.

Yesterday, the ACB released a warrant of arrest for Msukwa hours after Ashok Nair got arrested but the minister feigned ignorance in an interview with media.

Msukwa is yet to hand himself to police today.