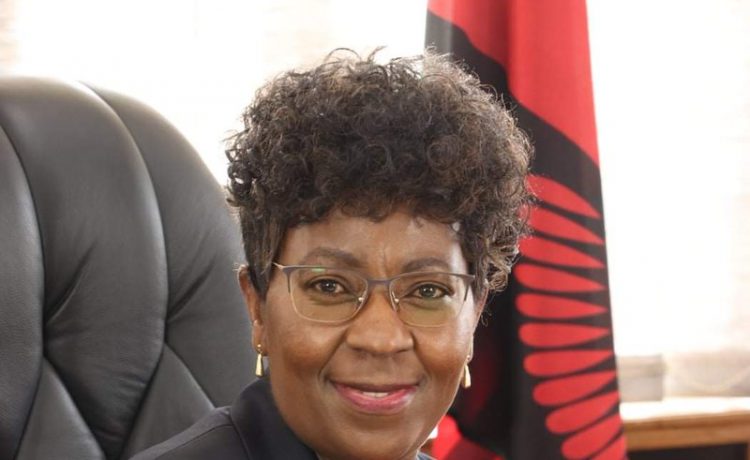 Minister of education Agness Nyalonje has said providing quality education to all Malawians is hampered by the increase of population growth citing the figures of children born on this year’s Christmas as an example.

The minister was saying this during the launch of a 23rd General Congress of Teachers Union of Malawi at Crossroads Hotel in the capital city Lilongwe.

“It is alarming to see one district producing 102 children a single day which translate to two classrooms on a normal standard ratio,” said Nyalonje.

In 2011 government suspended efforts to adopt population policy following protests from chiefs on the basis that there was lack of wider consultation on the development of the draft policy.

The country has seen an exponential growth in population especially in eastern region districts of Balaka, Mangochi,Mchinga and Zomba with  an increased dropout of learners in primary schools  with Mangochi  topping the list due to challenges that  include distance to and from school.

In a bid to address the issue of distance the minister said government has lined up programs by among other things constructing school blocks and teachers houses   to bring facilities closer to learners.

Weighing in on the matter, Civil Society Education Coalition Executive Director Benedicto  Kondowe  said with this kind of population growth  it entails that the number of enrollment is also  continuing to grow  calling on  government to  draw clear and sustainable short term strategies which should seek to reduce the shortage of teachers especially in  primary schools.

He adds by saying that to reduce the yawning pupil teacher ratio gap, government must   look further by championing issues that can uplift the teaching spirit of teachers attributing the deficit to be sometimes an issue of the poor conditions teachers endure.

“Government should look further to find ways of motivating teachers by increasing salaries and giving them recognition and showing them respect but also  objectively   promoting  them   and making learning materials to the teachers handy that they should not be struggling in accessing them otherwise we risk losing more teachers that will end up increasing the deficit,” said Kondowe.

Based on government statistics which some education experts don’t agree with, the teacher deficit in primary schools alone is at 26000.

However as a  measures  to reduce the deficit ,government has started conducting interviews in the country’s 28 districts for both secondary and primary schools.

Commenting on population growth Kondowe further suggested that for the country  to reduce  the vice, government has to enhance   raising awareness on the importance of bearing children with responsibility that would instill a sense of commitment for manageable family.

He has further suggested that government should progressively roll out compulsory primary education saying the system has a potential of delaying child bearing age.

“Education makes one not only to delay in marriage but it also considers marriages as a matter of choice rather than being a cultural obligation. The sexual reproductive health rights should be adequately mainstreamed in the education curriculum to give students the opportunity to make informed choices about their sexual and family lives.

“All in all chiefs and religious leaders should be mobilized to be champions of manageable families as the right to marry and finding a family to come with responsibilities,” said Kondowe.

To straddle in the time and space of covid 19, minister of education said the Tonse government  has developed and set up an interactive radio lessons and online materials to facilitate learning and teaching during the closure of schools.