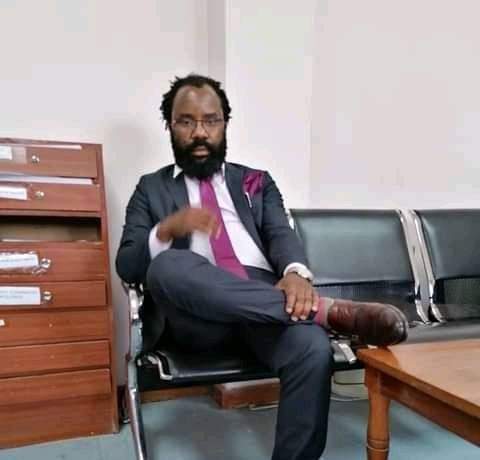 Silvester Ayuba James, a lawyer who led ‘demonstrations against corruption and impunity’ in Lilongwe last week, has been revealed to be a charlatan, as reports indicate that he is involved in a cross-border stolen car syndicate.

Prior to the protests, Ayuba, in his capacity as a lawyer, is believed to have gone to a police station in Lilongwe to assist his client, Ibrahim Suwedi, who had been arrested by police for allegedly driving an unlicensed vehicle.

The tumultuous lawyer arrived at the police station in a Toyota Hilux with the registration number NS285.

One of the policemen instinctively advised that they investigate his car, and his intuition was confirmed when it was revealed that the car, with the chassis number AHTFR22G706079074, was not registered in the Road Traffic Department system.

When the police informed him of his wrongdoing, Ayuba allegedly became enraged and began shouting profanities at the policemen.

He allegedly tried to intimidate the officers by claiming that he risked a lot as a monitor in Nkhota-kota during the 2020 presidential fresh election in order for the current administration to be in place.

According to eye witnesses on the scene, the police officers seemed unconcerned about Ayuba’s feelings and yells and informed him he would have to leave the car while additional investigations were to be conducted.

According to the informant, Ayuba became enraged and ran into his car, attempting to flee the situation.

Officers were promptly notified to the attempted escape and blocked him at the exit gate.

The car was subsequently impounded, and Malawi Revenue Authority was notified.

According to records at the MRA offices in Lilongwe, Ayuba was fined K15 million in duty and a punishment of 100 percent of the vehicle’s worth for importing it.

His attempt to have the fine reduced was unsuccessful.

Police sources briefing Shire Times of the incident say the car was stolen in South Africa during a heist where a man was killed.