Wreckage is seen burning, which Ukrainian military officials said is the remains of a Russian Air Force assault aircraft in a field outside the town of Volnovakha in the Donetsk region, Ukraine [Press service of the Joint Forces Operation via Reuters]
0Share

Russian military forces have proclaimed a truce in the Ukrainian cities of  Mariupol and Volnovakha to allow humanitarian corridors out of the besieged cities.

However, Ukraine has warned Russia not to abuse ceasefire.

“Russia must not take advantage of an agreed humanitarian corridor to advance its troops,” Ukraine’s Deputy Prime Minister Iryna Vereshchuk has warned.

She said her government was “verifying” information that Russian troops were using the ceasefire to move closer to Ukrainian positions in areas along the evacuation routes.

“We are using this channel to evacuate civilians – women and children – as well as to deliver humanitarian cargo to those remaining,” she said. “The whole world is watching.”

Vereshchuk also confirmed that the International Committee of the Red Cross mediated the talks on the ceasefire, and will head the evacuation columns along the agreed routes out of the cities. 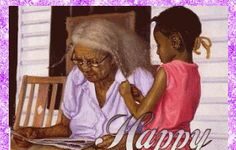