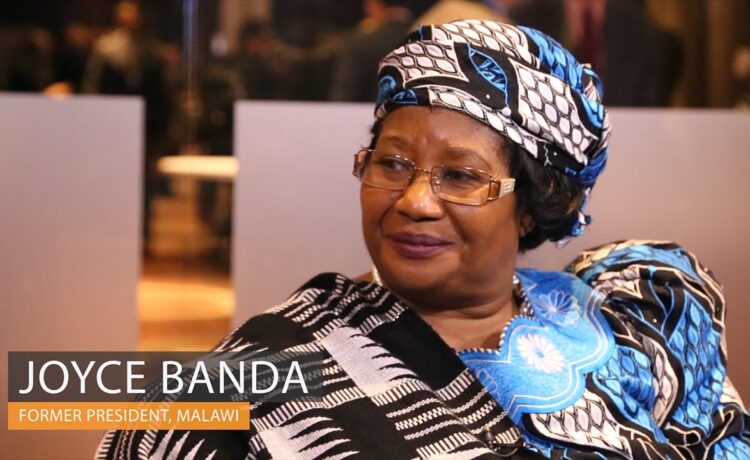 PP spokesperson Ackson Kalaile Banda in a press statement cited the recent rally the party held in Mangochi where Mutharika mocked Joyce Banda as Abiti Cashgate. According to Kalaile, peddling of such statements is uncalled for and beneath what is expected of him as Former President.

Reads the statement in part:

“People’s Party finds this sort of approach to political discourse very disturbing, unnecessary, archaic, and deceptive. Prof. Mutharika may need to be reminded that issues around Cashgate have and continue to be dealt with by credible international auditors, law enforcement agencies and Malawi’s trusted legal framework.

“Nine years down the line suspects have been arrested and prosecuted, some have been convicted while others have been acquitted following a due court process. The Baker Tilly independent investigative audit, which Her Excellency’s government commissioned, found no single evidence of her involvement in Cashgate.

Kalaile reminded Prof. Mutharika that during his reign, the Anti-Corruption Bureau-ACB exonerated Banda from any involvement in Cashgate, despite his government’s ill intentions to exact mob justice on her.

The PP spokesman further reminded Mutharika that Her Excellency Dr. Joyce Banda won a defamation case she brought before court following similar propaganda as Mutharika made in Mangochi. According to him, these processes could have implicated her at some point had she been involved.

“It is for this reason that Prof. Mutharika must not try to divert people’s attention from real issues that mired his incompetent leadership and continue to haunt him to date. It is him who the Anti-Corruption Bureau established to have received K145 million from a local businessman to corruptly influence business links. Malawians also know now that he allegedly gave leeway to his cronies to abuse his Taxpayer Identification Number (TPIN) for other unrelated interests in what has been termed as 5-billion-kwacha Cementgate scandal. We will continue to resist the temptation to call him Mr. Cement,” reads the statement.

The statement further implores Prof. Mutharika to practice fair politics by presenting facts as they ought to be adding that Malawians, who suffered under his incompetent and clueless leadership, have a good memory, and cannot be manipulated by leaders who seek political capital in odd ways.

“He must quickly accept the reality that Malawians booted him out of power because of such ineptitude and untruthfulness. He should therefore not mark his return to the political podium with the same pedestrian strategy that cost him the Presidency in 2020. “Suffice to add that these bad faith political antics will not distract Dr. Joyce Banda from her post-presidency local and international activities that are aimed at improving peoples’ lives,” concludes the statement.