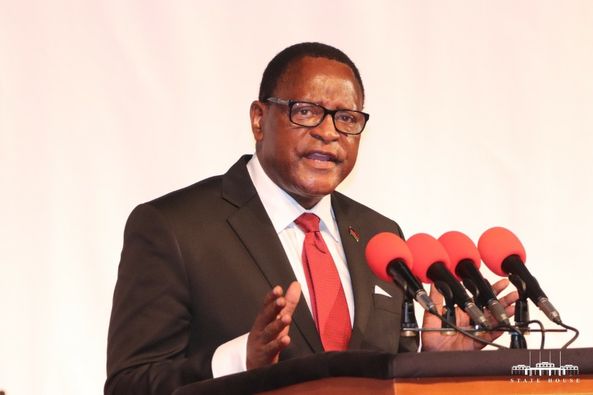 BLANTYRE-President Lazarus Chakwera has called off all his upcoming public events with immediate effect.

According to a statement signed by Zanga Zanga chikhosi, Secretary to the president and cabinet, the cancellation has been necessitated by pressing national issues that require the President’s attention.

“Dr. Chakwera has canceled all his public engagement with immediate effect in order to attend emerging national and regional matters acquiring to his action,” the statement reads in part.

He added that all public events requiring the president’s attendance will be delegated to other government officials who will appear at such events on the president’s behalf.

The president was expected to attend the commemoration of World Aids Day in Rumphi tomorrow and a graduation ceremony at Mzuzu University on Friday.

Meanwhile, social commentators have commended the president for heeding public calls to reduce travel in the present socio-economic environment.

The commentators, Sherrif Kaisi and head of rights body, Centre for Human Rights and Rehabilitation, Michael Kaiyatsa, say the action demonstrates that Chakwera is getting back in touch with reality.