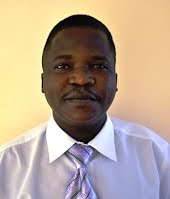 A mental health expert has decried the continued proliferation of suicide cases in the country, suggesting that effective financial literacy education could be key in reducing the cases.

“Government must promote financial literacy education and provide social economic activities to people in the country as one way of reducing cases of suicide among the citizenry,” Masulani said.

Masulani’s sentiments follows the registration of a marginal decline in cases of the vice, in which 265 cases have been recorded in 2021 as compared to 270 cases registered in 2020 as data provided by Malawi Police shows.

“Poverty has been the root of suicide cases in recent years; and, hence on, government through gender and finance ministries should consider providing social safety nets in order to keep people busy through socio-economic activities,” he said.

“Family misunderstandings, economic problems, unpaid debts, drug and substance abuse and chronic illnesses are also some of the fueling factors to cases of suicide,” Misomali said.