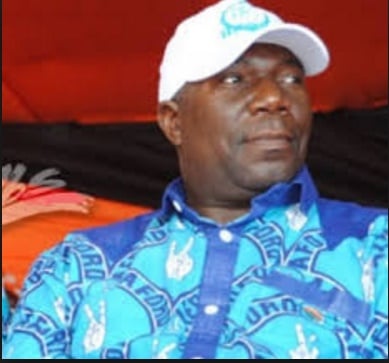 They say like father like son but in the case of AFORD, the case is different as it is unlike father. The founding AFORD President was a democrat who believed in respecting the voice of the people, representing his party as a Presidential candidate in a general election after being elected at the convention. This is unlike his son Enock Chihana who detests party conventions if you think about the blood convention that the party attempted to have at Don Bosco in Lilongwe when he did all he could to frustrate Mwenefumbo from competing with him for the party presidency.

Chihana who is answering corruption charges in Malawi courts recently to his followers in his party’s one-time stronghold of Rumphi district that he will contest as a presidential candidate in 2025.

Chihana then said his party, which has a measly 2 lawmakers in parliament, will form the next government in 2025.

Chihana emphasized the need for unity, peace, and tranquility in the country and that politics of nepotism must be discouraged at all levels if the country is to move out of poverty traps. He went further to bemoan politics of castigation and of using vulgar words at public rallies.

Before addressing the rally, Chihana went to Chozoli in the district where he interacted with over 100 elders and briefed them about his agenda.