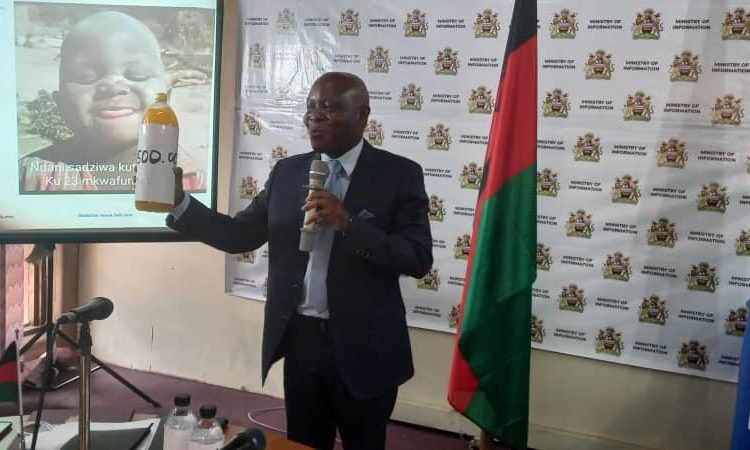 The Tonse Alliance government has assured Malawians of free water connection starting from April next year.

On water tariffs, Mbewe has insisted that even at the current price water remains cheaper compared to other products.

In his presentation at the briefing, said for a normal household to run in Lilongwe it requires 5000 cubic metres of water or 25 drums of 200 litres each which costs K2,583 which is equivalent to a 2 litre bottle of Sobo.

The example, according to Mbewe, was given to help people appreciate how cheap water is.

On her part, Tembo said the increase in water tariffs was to allow water boards to survive.

She said the tarrif hike was long overdue as it could not be implemented a few years for “fear of elections”.

She explained that the 53 percent increase came about as an average figure after heavy negotiations with water boards which had demanded an increase of about 188 percent.