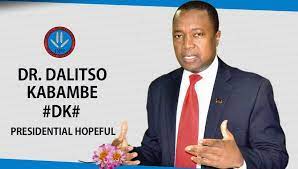 Former Reserve Bank governor, Dalitso Kabambe, has a warrant of arrest hanging on his head, Shire Times has established.

According to Zodiak online Fiscal police are looking for the former governor in relation to how he dealt with monetary matters while serving at the central bank.

There are reports that Kabambe, who aspires to become president of the opposition DPP, plans to hand himself to the police this morning.

Former local government minister, Ben Phiri, is also among those wanted by law enforcement in relation to operations during the DPP regime.

Last evening, police arrested former Finance minister, Joseph Mwanamveka on charges yet to be made public. There is also a string of other former government officials to be brought in.

In June this year Kabambe and other RBM officials were also charged with four counts   including abuse of office and laundering of about K8.3 billion.

The other suspects are former Deputy RBM Governor Henry Mathanga, retired Director Rodrick Wiyo and one of the current Managers at Reserve Bank Leya Ndonga.

The four had been charged with abuse of office as the state argued that between October 2019 and June 2020, they allegedly  paid a compensation of K4.3 billion to FDH Bank without prior approval.

Another case of abuse of office involves provision of credit to Mulli Brothers and other firms without prior approval of the board.

They were also accused of neglect of official duty and money laundering with the state arguing that they acquired K8.3 billion while knowing that the said sum represented proceeds of abuse of public office.