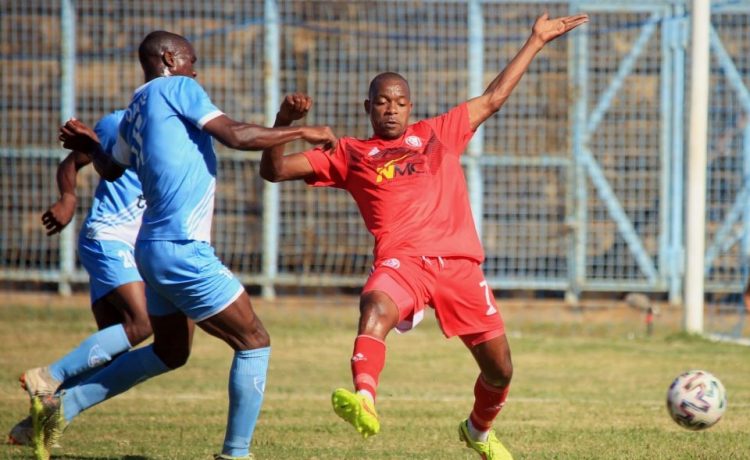 Bullets and Silver compete for the ball in previous match
0Share

In the last weekend before the kickoff of the 2022 football season, Bingu National Stadium in Lilongwe City will be the host for charity matches as four top TNM Super League sides tussle it out in the TNM Pamtsetse Nzika Bonanza.

The bonanza which has been organized by Nzika Floods Response Team in partnership with TNM and NBS Bank will raise funds for survivors of Tropical Cyclone Ana and will see Nyasa Big Bullets, Mighty wanderers, Silver Strikers, and Civil Service United compete in a mini tournament on Saturday and Sunday.

On Saturday, the first  match will be between  Silver Strikers and Bullets, which will rekindle their rivalry after meeting last weekend in The NBS Bank Charity Shield, with the latter winning by a Haji Wali’s lone goal.

In the other match on Saturday, Mighty wanderers will clash with Civil United with the winners from the two matches meeting in the final on Sunday.

Nyasa Big Bullets Assistant Coach Peter Mponda has called the bonanza as the final test for his team to be ready for the kickoff of the 2022 TNM Super League as they begin their defense on 19th of March with a clash of giants’ match against cross town rivals Mighty wanderers.

“We have played two preseason matches so far, losing to Sable Farming and the victory over Silver. We are not yet there and the Nzika Bonanza will be a good platform for us to prepare for the coming season. Actually, it’s good for us that we will be playing away as it will show how good we are for such a challenge ahead of the season,” said Mponda.

On their part, Wanderers want to exorcise last season’s miserable display as they ended trophy less and have since changed their coaching panel with Edington Ng’onamo, Joseph Kamwendo and Albert Mpinganjira given the chance to change their fortunes.

About the bonanza, assistant coach Kamwendo says the team is ready to show their fans how they are prepared for this season.

“We had a very good pre-season, looking at the time we had for preparations. We had the whole month of January to prepare.

“As we are approaching the start of the season, we feel we have done enough to say we are ready to go to Lilongwe to compete and not to participate. For us, it’s not just a mere four-team bonanza. To us, the season starts this weekend,” he said.

Meanwhile the organisers of the bonanza are aiming to raise about K50 million from the two-day event.