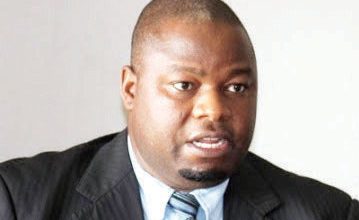 Namalomba became enraged when Nankhumwa asked Speaker of Parliament Catherine Gotani Hara to order him to return to his new seat, which is far from the front seats following the new arrangement due to shadow cabinet appointments.

Namalomba opposed Nankhumwa on the basis that he obtained permission from the High Court of Malawi Zomba District Registry to begin judicial review proceedings against Nankhumwa in relation to party decisions, including the appointment of shadow cabinet.

But the speaker ruled in favour of Nankhumwa, arguing the House is not officially served with court documents and that as such, Namalomba should occupy the back seat.

Namalomba, visibly enraged, claimed that Nankhumwa is a thief and that he has evidence that he can present to the House while transferring to the rear seat.

The Mangochi South West parliamentarian has obtained a court order staying the appointment of a shadow cabinet by Kondwani Nankhumwa without approval of DPP.

The court order is also stopping the recent appointments of DPP’s spokesperson in the house without approval of DPP.

In addition, the order is also staying a decision by Nankhumwa to change the sitting plan by allocating Namalomba to Seat Number 99 and later Seat Number 100 from Seat Number 25.

Further the order is restraining Nankhumwa from discharging the duties of the office of the leader of opposition without consultation and written approval of DPP.

Meanwhile, the court has granted leave for judicial review to Namalomba over the decisions made by Nankhumwa.