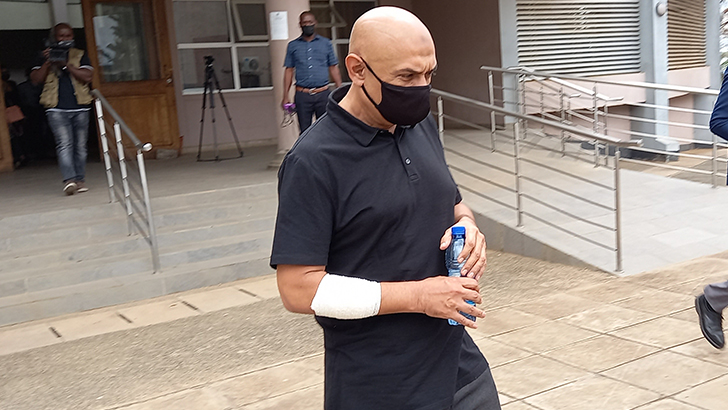 Abdu Karim Batatawala: At the center of corruption scandals in Malawi. A fading horse.
0Share

One Abdul Karim Batatawala is finally cornered and running in circles like a rabid dog trying to scare everyone and tarnish whatever he comes in contact with.

His recent behaviour, under the guidance of his lawyers, shows a man whose transgressions are weighing on him and is trying to hold on to anything that looks like salvation.

His latest antic has been dragging the name of President Chakwera’s name into his deals which he transacted with other people privately.

There is a properly drafted Acknowledgment of Debt document between him and Adamson Joseph Mkandawire in which the latter is seeking a K478.4 million loan. The lending and borrowing was an agreement between two adults who expressed interest to enter into a financial deal ready to bear both the pros and setbacks of their contract.

To have him turn to the President as a party to this contract is a game whose end is not only risky but futile as well.

Whether the debtor is now employed by the President is neither here nor there because every individual has the freedom to enter personal and legal financial transactions. If any of the contract agreements is not met, then there is no logic to associate the defaulter with other people who are not part of that particular contract.

Batatawala must also recognize that lending and borrowing money between two adults with proper documentation does not amount to corruption unless there are corrupt-end issues surrounding the transaction. What he and Mkandawire did was a katapila sort of deal which had a short repayment period.

Despite agreeing to refund within the agreed nine days, Mkandawire is failing to repay the loan to this day. That too is not the problem of anyone besides the lender and debtor.

Batatawala’s desperation has peaked for he now knows that there is no room for his corrupt practices. The fight against corruption has hit him harder than he ever imagined.

Just last month, the Attorney General, Thabo Chakaka Nyirenda, debarred his companies from doing any business with government because of their dubious claims for payments and unfair trading practices for over a decade.

According to the Attorney General, for over a decade, Batatawala used his companies to swindle billion from government through inflated pricing and corrupt procurement dealings.

His corrupt tendencies have also entangled him in another court case where he is answering two counts; that of money laundering and that of conspiracy to defraud by inflating market price of 500 lockers procured by the Immigration Department.

To make matters worse, Batatawala recently lost another court battle in which he was demanding about K407 million from government for being prevented from developing public land which he fraudulently purchased at Mandala in Blantyre.

The land on plot number BE60 at Mandala in Blantyre was corruptly sold to Batatawala by Ministry of Lands officials in 2013 and he leased for 99 years.

However, the Department of Museums and Monuments, to which the land is officially leased since 1961, has been blocking him from embarking on any construction works on the land. This forced him to seek remedy in form of compensation, a request the High Court has since rejected.

It is under this web of misfortunes that Batatawala is trying his best to gain public sympathy and taint the President’s name hoping that by doing so he may blackmail the State and get some sort of relief.

The good thing is that his actions will be tested in the court of law where his case is more certain to drown at the weight of justice.

While some media and other sympathetic elements may be used to champion his agenda, the tightening of the justice noose is too conformed to be lessened.