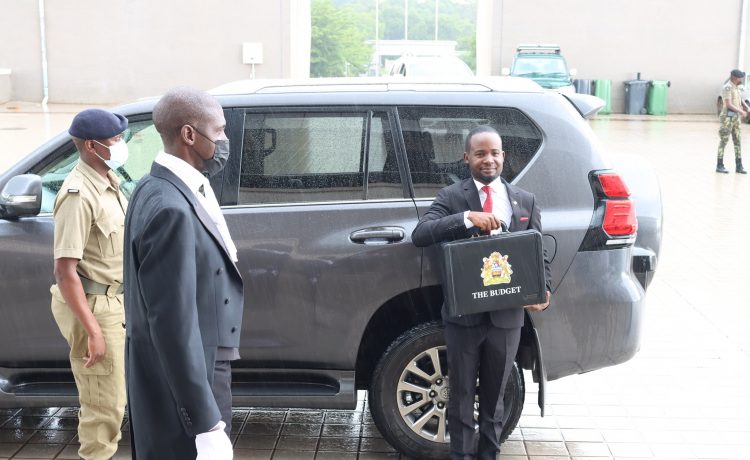 In his presentation, Gwengwe said the budget, described as an economic recovery financial plan, has been aligned to three priority areas of wealth creation, job creation and food security as outlined by President Lazarus Chawera’s Tonse Administration agenda.

“The main focus of the budget is on recovering the economy from the global slowdown caused by Covid-19 pandemic. In addition, attention will also be paid on fiscal consolidation, public debt management, fiscal discipline, export diversification and import substitution as we promote local manufacturing.

“Government is optimistic that in 2022/2023 fiscal year, the global supply chain may begin to normalise to near pre-pandemic levels thereby easing the inflationary pressures due to the increase in the uptake of Covid-19 vaccines, which will continue to reduce the severity of the pandemic,” said Gwengwe.

In the budget, the Education and Skills Development Sector got the biggest share with K462.24 billion allocation followed by the Agriculture, Water Development and Climate Change sector with K447.66 billion.

The Health Sector with K283.57 billion while the Transport and ICT Infrastructure K211.74 billion being other major allocations.

Excitement gripped the august house when the Minister of Finance announced that the constituency development fund has been raised to K100 million from K40 million.

The minister said this has been done in order to make people in rural areas benefit from the national cake a development which will lead to reduced inequalities.

Gwengwe said: “The CDF will from, henceforth, Madam Speaker be classified as development part II and not as ORT as has been the case previously. CDF will be used as a direct and catalytic vehicle to advance meaningful development to the rural masses where every Member of Parliament will be required to show flagship projects for his or her area.

“A budget must be inclusive, a budget must be pro poor and a budget must be developmental. It is in this vein Madam Speaker, that the Constituency Development Fund, as a direct injection to rural projects and as a complementary part to the 100-million-dollar rural Governance to Enable Service Delivery GESD program has been revised to K100 million per constituency.”

On the performance of the 2021-2022 financial budget, Gwengwe said despite it was implemented amidst the Covid-19 pandemic, Malawi’s economy has been steadily recovering and government has made substantial progress in some of the projects that were budgeted for.

“This Government made a serious undertaking to ensure that our men and women in uniform are well taken care of. As a testament to this commitment, Government in 2021/2022 allocated K5 billion for construction of houses for security institutions. Construction of 1,000 houses under the first phase is currently under way. Over 30 percent of the houses in this phase will be completed by end February, 2022,” he said.

Responding to the plight of people with albinism, the Tonse Alliance government has embarked on a project to construct them houses in order to secure their lives.

“In the first phase, Government has commenced the construction of 28 houses in 13 District Councils. Implementation progress of these houses are at different stages,” said Gwengwe.

Gwengwe concluded by saying the 2022/2023 budget provides practical measures to implement the First 10-year Implementation Plan for Malawi 2063, while providing opportunities to the youth, protect the vulnerable population and reduce inequalities among Malawians.