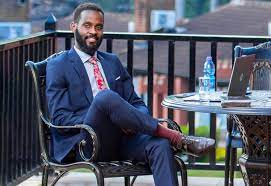 Alexious Kamangira, a private practice attorney at the University of Malawi, informed the Shire Times that he had applied for bail pending review of the terrible eight-year sentence given to a young man named John Musa by the Senior Resident Magistrate in Limbe. The sentencing sparked an outcry on social media, as some accused the judiciary of applying selective justice by handing down lenient penalties for the same offense to individuals with social position and harsh terms to those without.

John received a sentence for possessing 134 kilograms of Chamba, Indian hemp, which it later emerged was not his but rather the property of the owner of the home to which he had gone to meet a friend.

John Musa is a minor, hence the lawyer contends that keeping him behind bars is unlawful.

“He was prosecuted using a defective charge sheet in that what he was charged with and what he was convicted on are different legislations.”

Kamangila also revealed that the Center for Human Rights Education, Advice, and Assistance had joined him in contesting John’s conviction and sentence.

Through the Citizen Initiative of one Rodwell Lumbe, good-hearted Malawians have donated money totaling 2.5 million kwacha as well as other items, including a wheelchair for Rachel, the mother of John Musa’s crippled daughter. Land for the family to construct a home has also been donated by the estate management company InnoBuild.