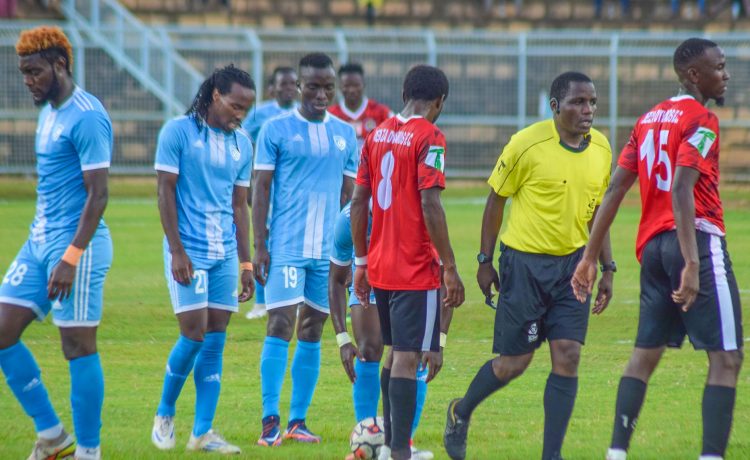 The high-tempo match, which ended in a 1-all draw, made the headlines for all the wrong reasons as fans from both sides clashed after they accused each other of planting juju on goalposts during halftime.

During halftime while the match was 1-0 in favor of the visitors, some silver striker fans invaded the pitch and poured some suspected charms on goalposts but a Dedza Dynamo fan also went and removed the item, a thing that did not go well with the hosts and all hell broke loose thereafter.

The fracas was happening in the presence of police and security personnel at the stadium and Super League of Malawi is yet to issue a statement on the matter.

Despite the disturbance, the match itself served good entertainment for the spectators with Dedza showing why they are sitting safe in the top half of the table.

The newcomers took the lead in the 39th minute through Clement Tembo while the bankers responded through Zebron Kalima in the 58th minute.

After the game, assistant coach for Silver Strikers, Macdonald Yobe blamed his side’s wastefulness in front of goal as the reason they dropped points.

“Dynamos played well in the first half but we had a lot of chances which we have missed. We will go back and correct all the mistakes exposed today”, Said Yobe.

His counterpart, Dan Dzinkambani, expressed satisfaction with his charges saying they executed their game plan.

“I like how the boys have responded to the Bullets loss, a point taken here is enough. We want to collect a lot of points now in the games that are coming ahead”, Said Dzinkambani.

The result means Silver Strikers are on 8th position with 8 points from 5 games while Dedza Dynamos sit on 7th with the same number of points and games played.

At the bottom things continue to look bleak for TN Stars who are stuck with one point from 5 games, Mafco on position 15 have two points from the same number of games whilst Karonga United are 14th with 3 points from 5 games as well.