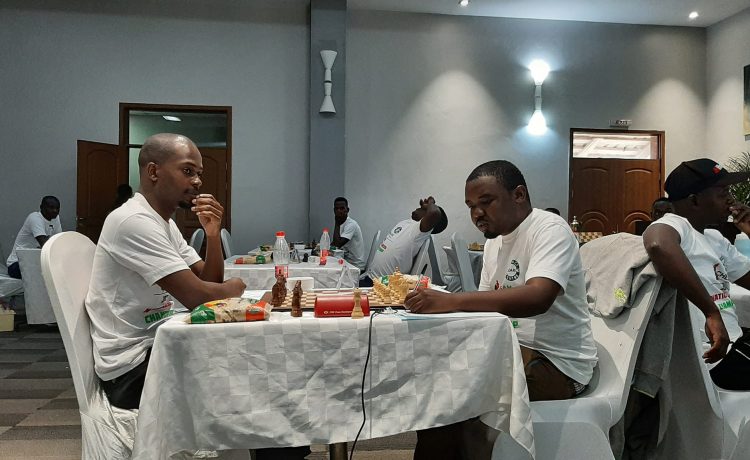 Joseph Mwale Vs Gerald Mphungu in the Open final
0Share

Chess Association of Malawi (CHESSAM) president, Susan Namangale says her association needs about K25 million for its players to take part in the Chess World Cup which will be held in Delhi, India this year.

Namangale made the revelation in Mzuzu after the Malawi National Chess Championship which was being held in Mzuzu at the Grand Palace hotel from 14th to 18th April.

The tournament was won by Fide Master Joseph Mwale for the open section, while Priyasha Shriyan won the women’s section.

During the closing ceremony, Namangale said CHESSAM has already presented the budget to the government in preparation for all chess related activities this year including the World cup.

“Malawi National Sports Council (MNSC) requested for the budgets from all sports member associations including CHESSAM, preparations for the world cup will cost us K25 million,” Ñamangale said.

She however also appealed for support from other companies and organizations to assist CHESSAM in preparation for the world cup.

Also present was MNSC chairperson, Sunduzwayo Madise who assured chess players selected for the world cup games in India that the government will support the trip no matter what.

“I do not distinguish the idea of chess being a minority sport since it is played by both young and old people, I am very hopeful that the government will properly fund CHESSAM in preparation for the India trip,” Madise said.

Meanwhile the winner in the women section,16-year-old Priyasha Shriyan says she is geared to surprise many at the world cup.

“I will continue working extra hard in preparation for the trip to Dheli, India where stars from all corners of the global village will meet during this year’s world cup competition,” Shriyan said.

She also expressed hope that both the government and her parents will support all preparations for the world cup where she said all the chess best players will meet.