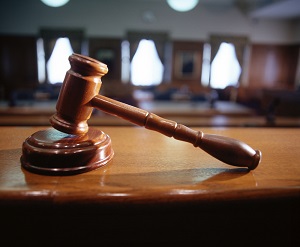 The ruling Malawi Congress Party (MCP) second Deputy Secretary General, Gerald Kazembe, has reacted to reports that he risks being declared bankrupt saying those advancing this agenda are ‘dreaming’.

The development comes in the wake of a court application filed by his political nemesis in Mangochi Monkey-Bay Constituency, Raphael Jooma, to the effect that he (Jooma) is moving the Courts to declare Kazembe bankrupt for not settling ‘party to party costs’ in a case in which Kazembe was challenging the 2019 chaotically managed election which saw Jooma being declared parliamentarian for the constituency based on Tippex infected tally sheets.

According to the reports, Kazembe is expected to pay 20 million kwacha to Jooma the delay of which has moved him to consider eliminating his most real future 2025 threat to retaining the Monkey-Bay Constituency—Kazembe.

In an interview from his Monkey-Bay resort estate along the beaches of Lake Malawi, the cool, calm, and collected Kazembe downplayed the bankruptcy threat which he thinks is Jooma’s figment of imagination to have something that will never materialize.

“Just to fill you in, the legal cost in question was reached through a consent order between the two parties pending the Supreme Court of Malawi final determination with a stay application for same to be held on January 23, 2023, and as we wait for that process, here he comes with this application.”

“For the record, I cannot fail to pay 20 million kwacha. However, there are all these legal processes and we are guided by the legal minds on what to do next based on the instructions we give them.

“They have made an application, we will through our legal counsel, defend ourselves,” said Kazembe.

“There are many court applications underway in the said election matter, some of which are still making their way to the Supreme Court of Malawi, meaning that this matter is not yet conclusive by any imagination.

“However, depending on the legal processes, if it will be imperative to honour such money notwithstanding the outstanding issues, then, just to reiterate, the needful will be done as we have, thanks to the almighty God, the means and goodwill to settle such a figure.”

Kazembe who owns a chain of businesses and real estate properties in the country is said to have been one of the middle-weight financiers of the then-in-opposition MCP alongside the heavyweights and business tycoons in the name of Simbi, Mpinganjira, the late Sidik Mia and other business magnates. In the meantime, he has intensified charitable deeds in his Mangochi Monkey-bay base including the drilling of forty-seven (47) verifiable boreholes and free delivery of fertilizers.

“Perhaps he has started sweating with what we are doing here and is miscalculating by resorting to such issues hoping he will derail us. He must be dreaming and in fact, it’s him who must be worried about bankruptcy after the election matter is concluded at the Supreme Court,” concluded Kazembe.