Shire Times > Blog > Business > CONTROVERSIAL BILLS THAT WERE NOT CONTROVERSIAL AT ALL; THE COST OF MALICIOUS PEDDLE
BusinessInvestigationsPolitics 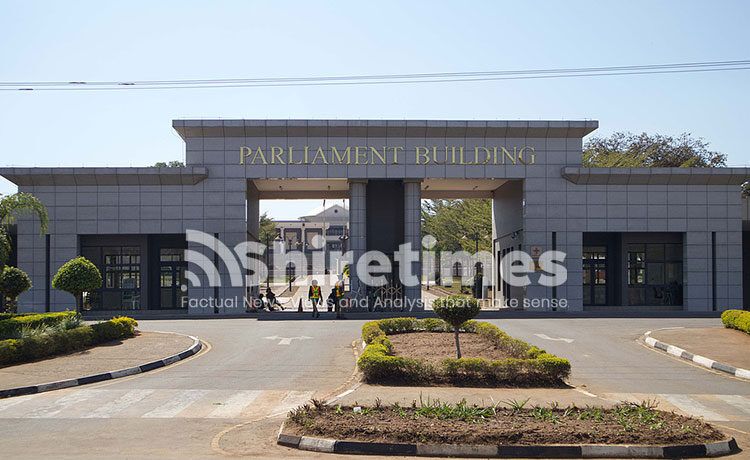 In the valley of comfort, no change comes.

During the past week, people of Malawi sent themselves busy on an errand of speculation and investment of emotions on issues of Parliamentary Bills that, from the word go, escaped their correct and good understanding. As a result: Embarrassing emotional sentiments and arguments were all over the place and shared in multiplicity. In particular, there were three Bills which include Constitutional Amendment Bill; Labour Relations (Amendment) Bill; and Tax (Amendment) Bill. Here, we must discuss these Bills in turns.

The Bill seeks to amend the Labour Relations Act in order to provide for an employer’s right to withhold wages from an employee who is on strike, clarify categories of essential services to which the right to strike and lockdown does not apply and to do away with the requirement of an employer and employee panelists in the Industrial Relations Court.

Here is the thing: When employees go on strike, they are guaranteed a number of rights including;

But there are so many situations where employees could be striking for all sorts of reasons that are not right. Wishing that employees should be paid all the time they are on strike even when the employer is not in the wrong on the cause of the said strike, that is unfair labour practice against the employer.

When we talk of the protection by the law, an employer, and not only the employee, also needs it. There is no justification as to why an employer should be paying an employee who has withdrawn his labour for which the employer contracted him.

When an employee has withdrawn his/her labour, the employer can, at that moment, no longer do his/her business to the extent of the employee’s input. This creates a right, to the employer, to withhold wages of the employee in that regard. This, therefore, makes the scenario balanced and the labour practice fair.

However, the socio-political scenario is that there are more employees than employers. In a game of numbers, as it stands, this amendment cannot win the approval of the mob because employees, who are in large numbers, are naturally determined to argue in their favour. The employees would naturally want to protect themselves even if it is unfair to the employer.

It’s an issue of minority rights here. The employers, in their comparatively small numbers, are in minority category. As it is difficult to sanction the rights of employers who are already defeated on the scale of numbers, it is only fair to sanction their rights preferably by reasoning. We are laying this discussion down to invite your reasoning to that effect.

Now, there was an argument that this kind of law will weaken and kill unionism. No, no, no. We respectfully disagree. When you visit the Constitution and check on how the right to unionism and right to industrial actions such as strikes are coached, they clearly demonstrate the constitutionality of these kind of laws. In fact, there is plenty of judgements in international common law that support the posture of this Bill. In the United Kingdom, for example, that is the position of the law. Closer to home, in South Africa that is the position. And there are many other democratic countries speaking this labour language.

On the contrary, this very law is poised to make unionism very strong and vibrant – so we argue. As it stands in Malawi, for example, there is absolutely no good reason while an employee would bother to subscribe to unionism and be paying money every month while the union completely does nothing to protect and advance his/her interests.

With this kind of laws, labour unions are expected to become so imperative and vibrant. The unions will properly guide the employees on issues that are worthy industrials actions and those that are not. With the funds realized from the monthly subscription fees, the unions are bound to help those employees that require financial help in the circumstances arising from their strike. This would reduce unregulated and unwarranted strikes both in private and public sector that would unnecessarily hamper productivity and progress of a company, organization, industry and the country.

What would be suggested in that regard is that there should be some guidelines that should point circumstances permitting and not permitting the employer to withhold wages in relation to strikes.

The issue hinged on lack of proper communication on introducing the Bill to the public or those with bad intent hijacking the broadcasting of the Bill with malicious coating and tilt. This law, for all intent, is aimed at protecting the economy of Malawi. Here is how: With this law, everyone who imports goods into the country will have to be a registered tax payer with Tax Identification Number (TIN). This will arrest the illegal practice by most foreign nationals such as some Asians, some Nigerians and some Burundians who smuggle goods into the country evading tax and drain our forex back to their countries after trading on good which they didn’t pay tax at all. This practice keeps Malawi with anemic foreign currency reserves and impacts heavily on the economy.

In particular, this Bill seeks to amend the Constitution to achieve the following four objectives—

(a) enact recommendations of the Special Law Commission on the Review of the Constitution of 2007 with respect to the Judiciary;

(c) extend the tenure of the Defence and Security Committee of the National Assembly; and

(d) align the date of dissolution of local councils to that of the National Assembly.

The main issue, however, arose from the first objective while the remaining three objectives were apparently outside the crosshairs of the public interest.

With respect to the first objective, the Bill, among other things, proposes to amend the Constitution to:

Again, among these three tasks of the Bill, it appears the second (ii) task (of providing for the appointment of judges on fixed term contract broke the camel’s back and invited the criticisms that the regime is up to compromise the independence of the judges.

Here, at Shire Times, we agree with the observation that subjecting court judges to fixed contractual terms can, indeed, affect the independence of the judicially and our reasoning is like this:

Let us look back to the 2019 Presidential Election court case. Imagine if judges held their offices through such contemplated contracts? Considering how the ruling party was cornered, the ruling elite would have preferred to terminate contracts of some of the judges even if it meant paying them off for unfair termination of the contract. Inversely, for fear of their contracts being possibly terminated, some judges would abandon the true course of justice and transact with caution not to offend, but please the ruling party. How would that case end? That is a huge cost democracy could not and cannot afford to pay.

Already, the time limit of 65 for the judges to retire is under latent debate. Some argue that judges should be in office for lifetime. Example is in USA where judges stay in office for lifetime unless they want to retire sooner. This bolsters their independence. They are able to make decisions knowing that their job is not going to be affected even if their decisions affect some influential politicians who hold the executive powers.

In our considered view, while this complaint remains standing for further attention, perhaps we should go back to explore the reasons that informed the Law Commission’s recommendation for this amendment. What mischief did the Commission seek to redress?

One would discover that largely it was about the issues of efficiency of the judges in dispensing with cases. The Commission discovered that a majority of the judges were being lazy than efficient. A backlog of cases was chocking the justice space in the judiciary and cases were dragging. Nobody could question them because the judges, once appointed as such, were assuming a status of some untouchable ‘god’. The Judicial Service Commission demonstrably failed to safeguard the discipline and efficiency of the judges.

Looking at that, probably the Executive should, rather, endeavor to explore another way of installing efficiency in the judges other than this style of amendment.

From which space did these Bill originate?

When we look at memoranda of these Bills, we come across the fact that it is based on 2007 recommendation of the Law Commission. By the way, is an independent Constitutional body established under section 132 of the Constitution and an enabling legislation – the Malawi Law Commission Act. It is in this enabling act where the role of the Law Commission is defined as follows: “to review the laws of Malawi and to make recommendations relating to repeal, amendment and development of laws…”

In pursuing its role, the Law Commission did the necessary research and consultations before coming up with such recommendations in 2007. Having said this, I now remember of the claims, which have turned out to be false claims, that these Bills were developed without consulting interest groups. One prominent advocate who went against these Bills while claiming that interest groups were not consulted is Bernadette Malunga PhD, who is leader at Women Lawyers Association (WLA) in Malawi. Following her sentiments, a flurry of similar claims began emerging from the interest groups such as Employers Consultative Association of Malawi (ECAM) and the Malawi Congress of Trade Unions (MCTU) who protested, in a letter, against the tabling of the Labour Relations (Amendment) Bill in Parliament. It did not end there; a horde of self-styled activists on social media seized the opportunity and took a swipe on the government. The amendments were branded “draconian” and “archaic”. They started bleeding, yet from imaginary wounds.

But alas! They were blatantly lying. These interest groups were lying. They were consulted by the Law Commission. In fact, Shire Times is in possession of Minutes of such consultative meetings on the Labour Relations (Amendment) Bill. According to these Minutes, the consultative meeting was held on 5th January 2018 and was organized by the Ministry of Labour, Youth, Sports and Manpower Development (as it was then called). The then Minister was Honourable Francis Kasaila. Interest Groups that were available at this consultative meeting include the MCTU and ECAM. Therefore, their claim that they were not consulted is an outright lie and here at Shire Times we are still exploring their intentions now.

In fact, the records of the meeting as reported in the Minutes indicate that it was ECAM which came with the opinion that the principle of No Work No Pay should apply. According to ECAM’s contributions in the consultative meeting, they saw no merit of paying workers for days without going to work.