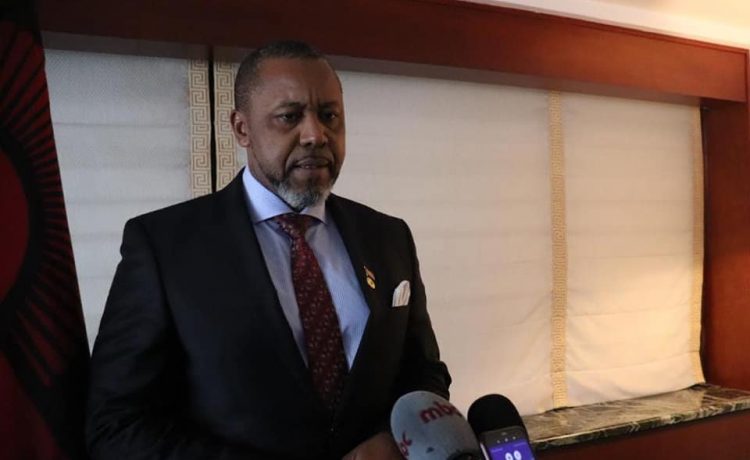 Kajoloweka has issued the calls following revelations in the United Kingdom’s Uxbridge Magistrate Court where Chilima’s involvement in corruption, bribery and money laundering with Zuneth Sattar were laid bare.

Chilima is the highest ranking government official and politician named on the list whom Sattar is suspected to have committed his offences with. Sattar appeared in Uxbridge Magistrate Court in London on Wednesday where he was heard on his application to have his bail conditions relaxed. The application, which among others was seeking freedom to travel to Malawi and Dubai, failed.

Sattar’s lawyers argued that their client is a clean businessman and that charges laid on him are ill-founded on hearsay.

Meanwhile, Chilima’s political party, UTM, is under investigations by the Malawi Anti-Corruption Bureau (ACB) on suspected corruption, money laundering and tax evasion in its purchase of 44 vehicles this year.

Calling for Chilima’s resignation, Kajoloweka threatened that if Chilima doesn’t voluntarily resign, he will face a mammoth of demonstrations aimed at forcing him to resign.

In an interview with a local television station, Kajoloweka argued that to ensure smooth and fair investigations into the allegations, Chilima should step aside and the ACB should swiftly move in for further investigations and prosecution.

“It is important that Malawians should not just be following what is being revealed in the UK, but that these issues should also be dealt with at local level through the prism of our local laws,” said Kajoloweka.

Other commentators have accused Chizuma of being double faced and incompetent on her job; “We know she is friends with Vice President Chilima and they belong to the same church. But personal interests should not lead to some people being treated as sacred cows. Why has the ACB not arrested the Vice President and all those involved in the scandal? The British National Crimes Agency shared the list with the ACB long time and why is it that there no action from her office?” Robert Banda of Institute of Public Accountability queried.