John Maduka, a Malawian football hero, continued to flourish in his coaching career on Friday night at the Chatsworth Stadium, guiding his team, Royal AM, to a 2-2 draw against Orlando Pirates, who were ahead by two goals to zero.

Orlando Pirates’ aspirations of playing in the Champions League have been shattered as a result of the outcome.

To qualify for the Champions League, Pirates needed to win this match and their last league match of the season against SuperSport, which Cape Town City FC has now taken.

The Buccaneers took the lead as Deon Hotto turned Thembinkosi Lorch’s cross past Marlon Heugh and into the bottom corner after only three minutes.

Royal AM had the most of possession and had the Pirates encircled in their own half. However, a well-organized Pirates side that was content to sit back could not provide any easy openings for John Maduka’s team.

They did, however, make a threat from around the corner. Before Tebogo Potsane’s shot was excellently stopped by Richard Ofori in the Sea Robbers’ goal, Bandile Shandu handed the set-piece away.

Lesedi Manganyi took down Peprah just before halftime, giving the Buccaneers a free kick on the edge of the box. Hotto took a step up from 20 yards out, but his effort went over the bar.

The Buccaneers were under siege but held solid at the back, with Maduka’s men growing irritated at their inability to find a way through.

It was a game with few quality chances, and Royal AM had to wait until the 79th minute to draw level. Thabo Matlaba, a former Pirates player, snatched it up with his left hand and switched feet to shoot a long-range effort that gave Ofori no chance as the ball touched the inside of the upright before going into the net.

Royal equalised with nearly the last kick of the game after Mfundo Thikazi headed home Shaune Mogaile’s delivery in the most agonizing and dramatic of circumstances for Pirates. 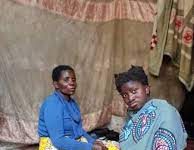