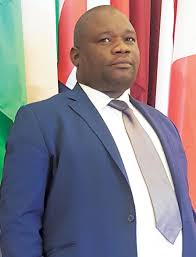 The Sulom GS appeared to take offense to Daisa’s questioning about why the reigning champions and second-placed Nyasa Big Bullets appear to be playing more consecutive away games than any other team in the TNM Super League.

The Sports Writers Association of Malawi, of which Daisa is a member, issued a statement condemning Banda’s behavior and the premier league body’s subsequent silence in condemning one of its executive members.

“What is more worrying and shocking is the fact that there has been no word from SULOM’s leadership distancing itself from a barrage of unpalatable words the body’s Chief Executive Officer reigned on the unsuspecting journalist,” reads the statement in part signed by SWAM’s General Secretary Wesysylas Chirwa.

The organization has since warned that it will report the incident of intimidation to Malawi National Council of Sports as well as the Football Association of Malawi.