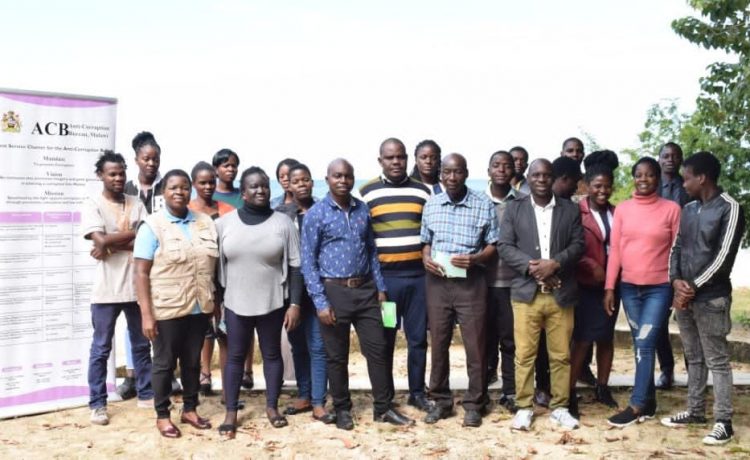 This, she explained, is because the public views the media as a trustworthy partner in the fight against corruption, and the media is one of the key players in the implementation of the National Anti-Corruption Strategy II (NACS II).

Ndala made the remarks today in Nkhata Bay when the ACB engaged community radio reporters from across the northern region to sensitize them on how they can ably disseminate information for all sectors including members of the public to play their roles in fighting corruption as well inform the public about government affairs.

During her presentation she also added that fighting corruption in Malawi is the responsibility of every one and Journalists too have a responsibility to report corruption not just by writing stories but by contacting ACB when they have information of alleged corrupt practices through the channels provided.

“The media educates the public about corruption-related issues, advocate for change of policy or legislation, reporting transparently and objectively on implementation of NACS related activities,” she added.

Speaking on behalf of the reporters, Joseph Mwale who is Chairperson for Nyika Media Club, the umbrella body of journalists based in the northern region, welcomed the workshop saying the participants have gained some invaluable knowledge that will go a long way in making them better reporters at their respective duty radios.

“These workshops are very important to our members especially in writing about complex issue like the fight against corruption, as Nyika Media Club we commend ACB for frequently equipping our members with the much needed knowledge to improve their work,” said Mwale