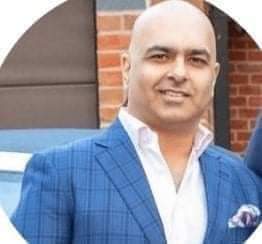 As the leakage of sensitive material at the Anti-Corruption Bureau (ACB) has become more common, Attorney General (AG) Thabo Chakaka Nyirenda has issued a stern warning to public servants, stating that the behaviour is a criminal offence and that anyone engaged will be prosecuted.

The warning comes after media reports that the Malawi Police Service (MPS) paid K1.3 billion for a contract belonging to businessman Zuneth Sattar in relation to 8 water cannons delivered to MPS, despite the transaction being subject to an ACB restriction order.

According to reports, MPS got treasury funding to compensate Sattar. However, because of the continuing legal dispute, the security agency sought guidance from the ACB, which then consulted the AG.

The AG wrote back to the ACB on 25th February 2022, advising the bureau to authorize payment to the businessman, according to letter circulating on social media, which was first published by Platform for Investigative Journalism (PIJ).

However, in an interview with ShireTimes, AG Nyirenda stated that leaking his legal advice is a serious offence for which anyone found guilty will be prosecuted.

“It has to be understood that Mr. Zuneth Sattar’s issue has generated a lot of interest from the public, over and above, being sensitive. Whilst we espouse free speech tenets and rights of the Press, it is irresponsible to leak my legal opinion on a sensitive matter like this one. I take great exception and I will be taking legal steps against whoever is involved in this kind of conduct.

“I give legal opinions to many Government entities and there has never been such a miscarriage as seen with the ACB one. My office terminated all the contracts on 8th January, 2022 owned by or connected with Mr. Zuneith Sattar based on convenience and public interest pursuant to section 46(c) of the Public Procurement and Disposal of Assets Act, 2017. The statement was clear in spirit and form that any payment will have to comply with the law,” said Nyirenda.

Asked on why he authorized the Sattar’s payment despite termination of contract, the AG had this to say:  “The legal opinion to ACB that you are referring to; is consistent with the statement I issued when terminating the contracts earlier. Therefore, it is incorrect to suggest that in public my office terminated the contract but in private asked Police to pay.

The legal opinion to ACB implies that Sattar can only be paid for the water cannons that he supplied successfully and Malawi Police Service took delivery of the same. This is within law, as per the contract signed, but anything coming after termination of the contract is what can be regarded as illegal”.

January this year, the AG terminated all government contracts connected to Sattar’s entities and he also debarred them from public procurement.

Sattar, a corruption suspect, has been on Anti-Corruption Bureau’s radar for long. He is also wanted in the UK for the same offences and alleged money laundering.